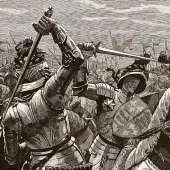 Update Required To play the media you will need to either update your browser to a recent version or update your Flash plugin.
By Matt Kubinski
Posted November 7, 2013
In episodes, Special Guests
CinemaJaw 170, Best Movie Battles w/guest Charles Klein2013-11-072016-01-05http://cinemajaw.com/wordpress/wp-content/uploads/2015/10/300x300.jpgCinemaJawhttps://cinemajaw.com/wordpress/wp-content/uploads/2013/11/battle.jpg200px200px
0
0

Reviewed this episode: Captain Phillips, Carrie
I for an I: Thor the Darkworld
Trivia: Dark Movie Trivia
CinemaWAR: Which Star Wars prequel is better, Phantom Menace or Attack of the Clones? We don’t have to beat them… we just have to fight!

Battles. Since the dawn of humanity, and probably long before, battles have raged. Glory, valor and justice can be found within. No one can deny the excitement of a great battle, the adrenaline and power they produce. While we do not celebrate war for wars sake, good vs. evil is an important fight and the escapism of movies can be a safe place to explore the horrors, comedies, and human experience of conflict. This week on CinemaJaw we take a look at our Top 5 Battle Scenes from film in honor of Thor and Ender’s Game in theaters this month. Joining us, his shining armor highly polished is CinemaJaw regular guest, filmmaker and curator of Indie Incubator Film Fest, Mr. Charles Klein. for those of you who don’t know Chuck has been a guest many times on the ‘Jaw talking up his Film Fest, short films and various projects. We are happy to have him back on to battle with us!

speaking of battles, this weeks episode features a CinemaWAR for the ages plus I for an I, Trivia and a whole lot more. as Ry The movie Guy is fond of saying: It’s Jam Packed! 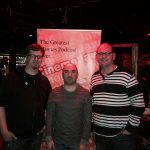 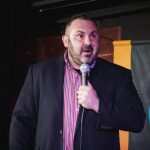