No that’s not a typo. That is how he spells his name. Summer is ending, and that got the folks at CinemaJaw thinking about all the great times we have had at the beach this season. Not to mention all the great beach movies there are out there. So we waxed up our surfboards for one last wave this season, the Best Beach Movies. Our intrepid hosts do, after all, need some people to spot them, so they invited John Otterbacher and Justen Naughton to join the panel and act as lifeguards on this expedition.

John and Justen are the Producer and Writer/Director (respectively) of a great new film about to hit DVD, that our own Matt K has called “the Clerks of Lifeguard Movies.” RIFFRAFF is a coming-of-age comedy about lifeguards on Chicago’s North Avenue Beach over the course of a summer. The film stars Robert Belushi and Ben Wells, and is the debut feature of writer/director Justen Naughton. Chryssie Whitehead and Katie O’Hagan co-star, and the film was produced by John Otterbacher and David J. Miller. So who better to chime in on Best Beach Movies than this pair? Plus you will get Justen and John on I for an I, CinemaWAR, Guest v. Host Trivia and a whole lot of laughs!

It should also be noted that Matt K and Ry the Movie Guy will be hosting the DVD release party of RIFFRAFF at the Original Mothers (26 W Division, Chicago) on Sept 8th at 7pm. So mark your calendars and bring your autograph books… because that Belushi kid just might be there. It is FREE to get into this event for anyone 21 and older. Please join us!

So slather on that coco butter, and double knot those bikini tops, because just when you thought it was safe to go back into the water: CinemaJaws hit the beach!
Sponsor: Please visit Evil Squirrel Comics in Chicago, or online, for the best deals on comic books around!

Reviewed This Episode: Dont be Afraid of the Dark, Win Win, The Beaver
I for an I: Contagion
CinemaWAR!: Should Hollywood keep making American versions of foreign films? 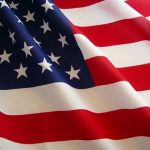