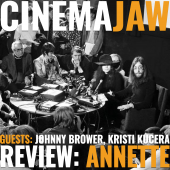 Update Required To play the media you will need to either update your browser to a recent version or update your Flash plugin.
By Matt Kubinski
Posted September 7, 2021
In episodes, Multiple Guests, zoom
CinemaJaw 529, Kristi Dunn Kucera, Johnny Brower – Annette – Top 5 Musical Moments2021-09-072021-09-07http://cinemajaw.com/wordpress/wp-content/uploads/2015/10/300x300.jpgCinemaJawhttps://cinemajaw.com/wordpress/wp-content/uploads/2021/09/cinemajaw-529-kristi-kucera-johnny-brower-featured.png200px200px
0
0

Music is central to our lives, and rarely absent from a film. This week on CinemaJaw we take a look at some musical movies and we choose our Top 5 Musical Moments from film… not necessarily from Musicals.

Joining us is a duet of filmmakers who know music. 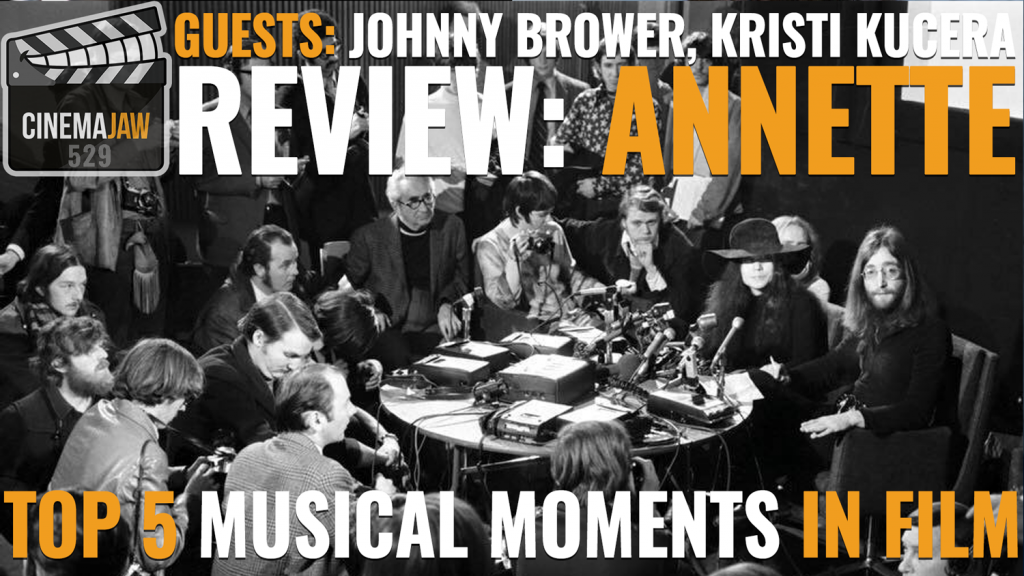 John “Johnny” Brower is a seminal figure in the Toronto music scene. He was first to bring major rock artists to Canada on a weekly basis in Toronto. His club The Rockpile, a late 60’s venue following in the tradition of Bill Graham’s Fillmore held sway to everyone from The Who to Led Zeppelin and brought international stars to Toronto every week during the formative rock years. His first pop festival in June 1969 preceded Woodstock by several months. For his rock and roll revival in September of 69 he invited John Lennon who appeared unannounced with the Plastic Ono Band featuring Eric Clapton. Lennon’s appearance there is considered to be the impetus for his leaving The Beatles and striking out on his own. He is currently producing film and television properties based on his personal experiences in the music business, with filmmaker and friend of the show Kristi Dunn Kucera. While this project is still in it’s early phase of development we could not pass up an opportunity to talk to these two. 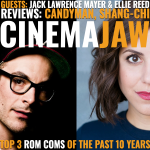 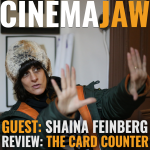