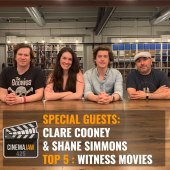 Update Required To play the media you will need to either update your browser to a recent version or update your Flash plugin.
By Matt Kubinski
Posted June 10, 2019
In CinemaJaw Firsts, episodes, Multiple Guests, Special Guests
CinemaJaw 425, Clare Cooney and Shane Simmons – Best Witness Movies2019-06-102019-06-10http://cinemajaw.com/wordpress/wp-content/uploads/2015/10/300x300.jpgCinemaJawhttps://cinemajaw.com/wordpress/wp-content/uploads/2019/06/425featured.png200px200px
1
0

It happens all the time in movies. A character sees something they shouldn’t have, or wish they hadn’t. They are a witness, now on the run from the evil that they saw! This week we are covering our Top 5 Witness Movies. 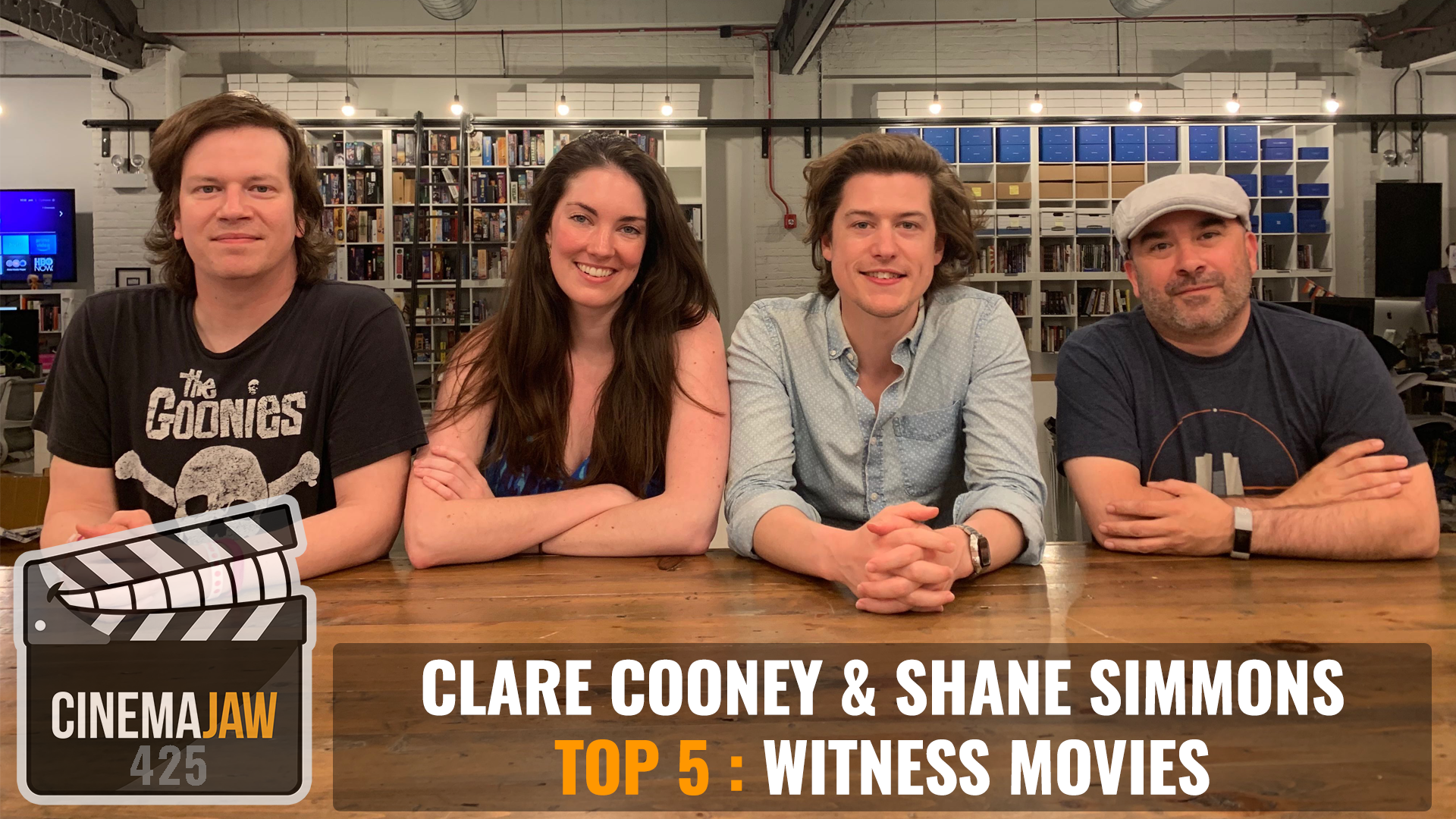 Joining us is a duo of filmmakers, who created their own Witness Movie: Clare Cooney and Shane Simmons. Clare recently wrote, directed, edited, produced (along with Shane) and starred in a short film called RUNNER, which played at 15 film festivals across the country, winning 6 awards. At the Best of the Midwest Awards, RUNNER won “Best Short Film” and Clare won “Best Actress” for her performance. The film also won “Best of Fest” at Windy City International Film Festival, Best Drama Short at Atlanta Shortsfest, the Audience Award at Chicago Critics Film Festival, and Best USA Short Film at Fairhope Film Festival. The film also played at the Academy Award Qualifying Atlanta Film Festival, where Clare was nominated for the “Filmmaker-to-Watch” award. You can watch the 13-minute short bellow.

Bear witness to another great episode of CinemaJaw! 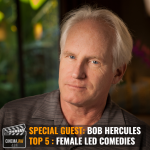 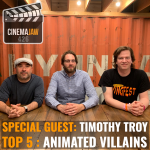