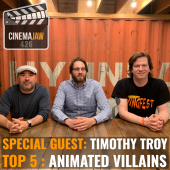 Unbound by the laws of physics, animated villains are free to go way far over the top. Thus, the world of animation has given us some of cinema’s very best villains of all time! This week on CinemaJaw we draw some conclusions on our favorite Animated Villains. 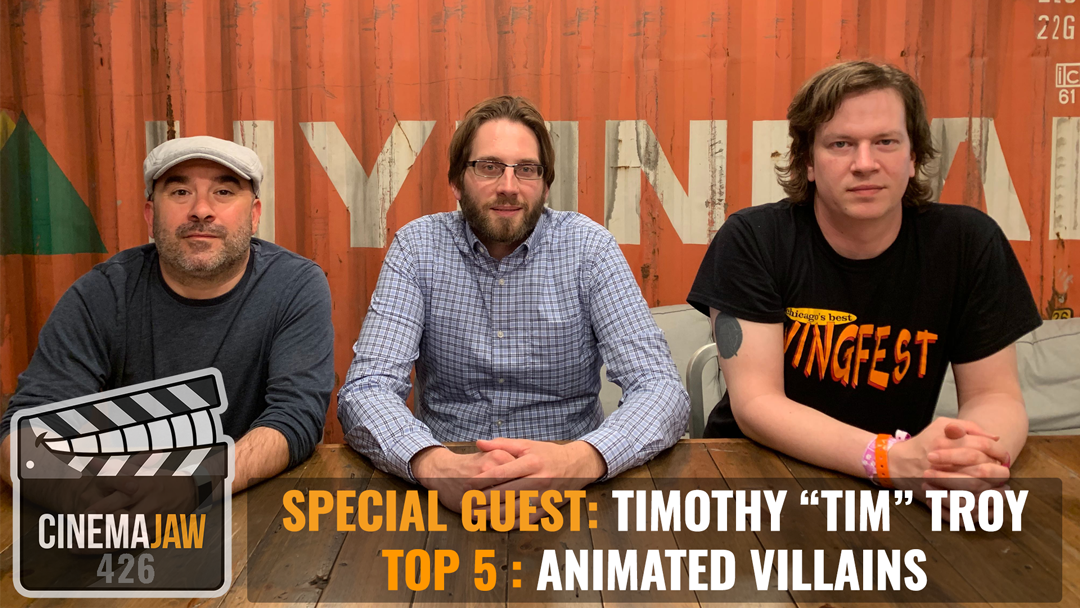 Joining us is filmmaker Tim Troy. Timothy “Tim” Troy has been making films since he saved his own money to buy a video camera in junior high. A graduate of Columbia College, he’s worked as a filmmaker for all of his professional life. For the last four years, Tim has been pushing a dolly for the hit NBC television show Chicago PD. He never wastes an opportunity to apply the lessons he learns from working on larger sets to his own independent film-making. A committed nerd, Tim loves both the sci-fi and horror genres. His most recent short, Abi, is currently making the festival rounds. Check out the trailer below. 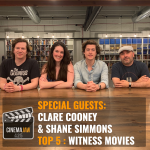 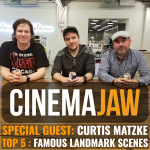