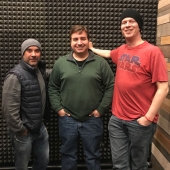 Update Required To play the media you will need to either update your browser to a recent version or update your Flash plugin.
By Matt Kubinski
Posted April 23, 2018
In CinemaJaw Firsts, episodes, Specials
CinemaJaw 369, Erik Childress – Summer Movie Preview2018-04-232018-04-23http://cinemajaw.com/wordpress/wp-content/uploads/2015/10/300x300.jpgCinemaJawhttps://cinemajaw.com/wordpress/wp-content/uploads/2018/04/erik-childress-cinemajaw.jpg200px200px
1
0

It’s that time of year again… bust out the tights and cook up some popcorn! Summer Movie Season is almost upon us. It’s time for the circus to hit town, and the tentpole movies to hit theaters. I can almost smell the elephants. This week on CinemaJaw we take a look forward to the Summer Season and pick out which movies we are most excited for! Joining us is a man who happens to be the perfect mix between the tastes of Matt K. and Ry The Movie Guy… Erik Childress is the Producer of the 6th Annual Chicago Critics Film Festival, a member of Chicago Film Critics Association, writes at eFilmCritic.com, is on the air at WGN Radio, does his own Movie Madness Podcast, and I think he has a few other outlets in there as well. Erik is a busy guy in the film criticism world, and the perfect guest (with the aforementioned balanced taste) to join the discussion of Summer Movies.

Pour yourself another coke, extra ice, because we tuck in to the season! 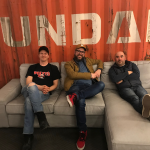