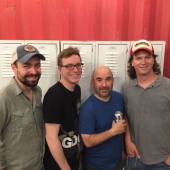 Update Required To play the media you will need to either update your browser to a recent version or update your Flash plugin.
By Matt Kubinski
Posted June 12, 2017
In CinemaJaw Exclusive!, episodes, Guests Via Skype, Special Guests
CinemaJaw 328, Trey Edward Shults, Ryan Oestreich – Aging Hero Movies2017-06-122017-06-12http://cinemajaw.com/wordpress/wp-content/uploads/2015/10/300x300.jpgCinemaJawhttps://cinemajaw.com/wordpress/wp-content/uploads/2017/06/Ryan-Oestreich-CinemaJaw.jpg200px200px
0
0

Reviewed this episode: It Comes at Night, My Cousin Rachel
(I for an I) Interested or Ignore: Cars 3
Trivia: Night Movie Trivia
CinemaWAR: Is there a Stigma attached to films released directly to streaming services like Netflix?
Sponsored by: Cards Against Humanity

We ain’t getting any younger. So before we get too old, we decided it was a good time to take a look at our favorite Aging Hero Movies! These are the guys and gals who have been through the ringer a time or two. The heroes that despite being past their prime still give their all and put life and limb on the line to do the right thing. It’s a great sub-genre with many an amazing entry.

We also got to spend some time with a hero who is not yet aging, a young director Trey Edward Shults. You may remember his name from when we interviewed Krisha Fairchild from the film Krisha which Shults also directed. His latest film from breakout studio A24, It Comes At Night is garnering some great attention and we were honored to get to spend a little time with Trey. In addition to all that, if you’re not too old, we also have a returning guest. Ryan Oestreich is the General Manager of the wonderful Music Box Theater in Chicago. The Music Box is home to many a film festival throughout the year, but the 70MM Film Festival is one of our favorites. It’s coming right up, and Ryan is in the house to tell us all about it!

So turn your hearing aids up to 11, and listen to this jam packed ‘Jaw! 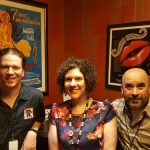 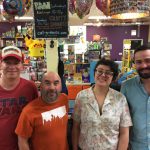