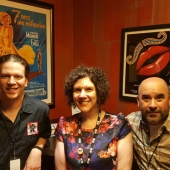 Update Required To play the media you will need to either update your browser to a recent version or update your Flash plugin.
By Matt Kubinski
Posted June 5, 2017
In CinemaJaw from Remote Locations!, episodes, Special Guests
CinemaJaw 327, Nicole Bernardi-Reis – Origin Stories2017-06-052017-06-05http://cinemajaw.com/wordpress/wp-content/uploads/2015/10/300x300.jpgCinemaJawhttps://cinemajaw.com/wordpress/wp-content/uploads/2017/06/Nicole-Bernardi-Reis-CinemaJaw.jpg200px200px
0
0

Reviewed this episode: Wonder Woman
(I for an I) Interested or Ignore: The Mummy
Trivia: Tom Cruise / Russel Crowe Movie Trivia
CinemaWAR: Movie Universes are the new rage in Hollywood. Is this trend an artistic boon, or the cinematic equivalent of a fidget spinner?
Sponsored by: Cards Against Humanity

In the beginning… There were Origin Stories. Though largely associated with modern super heroes, the origin story dates back to ancient times. In grammar school when you first learned the Greek and Roman myths you were no-doubt hearing tales of how gods and demigods became who they are… Well, those are origin stories. Every good hero, and every good villain, (shall we say every good character?) has one. This week, in honor of Wonder Woman debuting on the silver screen, we take a look at our favorite Origin Stories in film. Joining us is a super hero in her own right, with one heck of an origin. Nicole Bernardi-Reis‘ work spans narrative shorts and feature film, short form content and documentary features and television series. She has produced television series and films for a wide range of broadcast outlets including PBS, America Reframed, CBC, A&E, E!/Style, HGTV, DIY and the Science Channel. She’s taken numerous films and television projects from development to delivery and serves as a consultant for filmmakers as they launch their own films. She is also the executive director of IFP Chicago, a 30-year-old organization dedicated to developing, supporting and advocating for independent filmmakers in Chicago and across the Midwest, and the Chicago Underground Film Festival. It is there that we joined Nicole to podcast on location from CUFF on opening night. 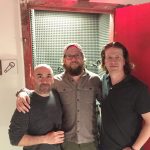 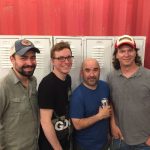