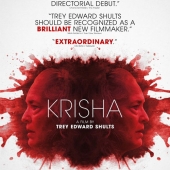 Update Required To play the media you will need to either update your browser to a recent version or update your Flash plugin.
By Matt Kubinski
Posted January 23, 2017
In episodes, Guests Via Skype, Special Guests
CinemaJaw 310, Krisha Fairchild – Addiction Movies2017-01-232017-01-23http://cinemajaw.com/wordpress/wp-content/uploads/2015/10/300x300.jpgCinemaJawhttps://cinemajaw.com/wordpress/wp-content/uploads/2017/01/Krisha-Fairchild-CinemaJaw.jpg200px200px
3
0

Reviewed this episode: Split
(I for an I) Interested or Ignore: Gold
Trivia: Matthew McConaughey Movie Trivia
CinemaWAR: Who is the best movie hippy – The Dude or Tommy Chong?
Sponsored by: Cards Against Humanity, K&N Airfilters, Horror Movie Yearbook

Addiction is a painful topic for so many. Many people struggle with substances and or habits that they just can not seem to break. Like a prison, addictions incarcerate those affected and make it feel like there is just no way out. If you are a person who wrestles with an addiction, please know that there are people all over willing to help you. Many might find a respite or shelter within a healthy does of escapism at the cinema. This seems like a healthy therapy to us.

Art reflects life, as there are many a film that treat the topic of addiction, and on this episode we take a look at some of our favorites of the sub-genre. Joining us is a breakout star from the indie darling film Krisha, we have actress who plays the title character herself, Krisha Fairchild. The film is loosely based on the real life family affairs of Fairchild’s nephew, writer / director of the film Trey Edward Shults, though Krisha is the first to point out that she is nothing like the character in the film. That said, her real life niece went through some deep addiction struggles that ultimately claimed her and she and the director were able to draw upon those experiences to deliver what may be 2016’s best indie film. At the time of this writing, it is available on most streaming services (Prime members can watch it free!), and we highly encourage everyone to see it!

We speak in depth to Krisha about addiction, filmmaking, her family, her nephew, and the film itself. We hope you enjoy this interview and this episode. 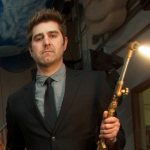 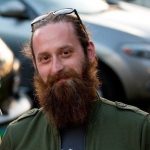