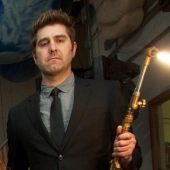 Update Required To play the media you will need to either update your browser to a recent version or update your Flash plugin.
By Matt Kubinski
Posted January 16, 2017
In episodes, Special Guests
CinemaJaw 309, Tory Belleci – Best Performances of 20162017-01-162017-01-16http://cinemajaw.com/wordpress/wp-content/uploads/2015/10/300x300.jpgCinemaJawhttps://cinemajaw.com/wordpress/wp-content/uploads/2017/01/Tory-Belleci-CinemaJaw.jpeg200px200px
3
0

Reviewed this episode: Patriots Day, A Monster Calls
(I for an I) Interested or Ignore: Split
Trivia: M. Night Shyamalan
CinemaWAR: What fictional movie tech is cooler – the Hover-board or the Proton-pack?
Sponsored by: Cards Against Humanity, K&N Airfilters

This week we continue to wrap up 2016 in style, as we take a look at some of our favorite performances of that year. You might know him for those things… and you might not know him for his work with Industrial Light & Magic on the Star Wars. This week we get to interview Tory about his work at ILM which included the aforementioned Star Wars as well as The Matrix Trillogy, Van Helsing, Peter Pan, Starship Troopers, Galaxy Quest and Bicentennial Man. So not only did Tory work on your favorite TV show, chances are good he worked on your favorite movie as well. Listen to this episode and hear about the never-before-discussed Easter eggs that Belleci hid in Star Wars!

Sit back, beam up, blow something up in your back yard (not really), and Don’t Try This At Home: 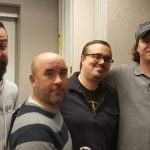 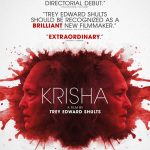