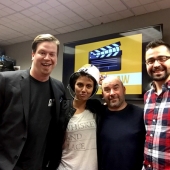 Update Required To play the media you will need to either update your browser to a recent version or update your Flash plugin.
By Matt Kubinski
Posted April 4, 2016
In episodes, Special Guests
CinemaJaw 275, Fawzia Mirza – Best LGBT Movies2016-04-042016-04-04http://cinemajaw.com/wordpress/wp-content/uploads/2015/10/300x300.jpgCinemaJawhttps://cinemajaw.com/wordpress/wp-content/uploads/2016/04/FawziaMirzaCinemaJaw.jpg200px200px
0
0

Reviewed This Episode: Midnight Special
(I for an I) Interested or Ignore: The Boss
CinemaWAR: Which Disney film should get a live action remake – Pinocchio or Dumbo?
Trivia: Melissa McCarthy Movie Trivia
Sponsored by: Harold Ramis Film School, The Millennial Entrepreneur Podcast, K&N Air Filters, www.myjobhunter.co.uk

This week on CinemaJaw we cover our LGBT films. Its a topic that we have wanted to do for a while, but were waiting for the right voice to join us for. Enter The Fawz. Fawzia Mirza is an actor, writer and producer based in Chicago. She uses personal storytelling and comedy to break down stereotypes across a multiplicity of identities: race, religion, sexual orientation and gender and defy the concept of the “model minority” often portrayed in the mainstream. Fawzia has also been on Chicago Fire and featured in a bunch of Indie films and web series, and we are delighted to have her on CinemaJaw!

He latest project Signature Move is being produced by Newcity, “the publication of record for Chicago culture,” in celebration of its thirtieth anniversary. 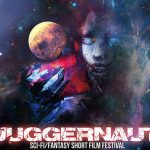 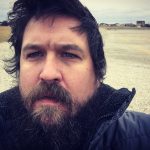