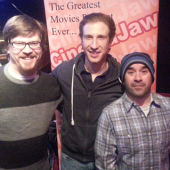 Update Required To play the media you will need to either update your browser to a recent version or update your Flash plugin.
By Matt Kubinski
Posted February 28, 2014
In episodes, Jaw Retrospectives, Specials
CinemaJaw 182, The Oscars 5 Years Ago w/guest Owen Weber2014-02-282016-01-05http://cinemajaw.com/wordpress/wp-content/uploads/2015/10/300x300.jpgCinemaJawhttps://cinemajaw.com/wordpress/wp-content/uploads/2014/02/OwenWeberCinemaJaw.png200px200px
0
0

Reviewed this episode: Ender’s Game
I for an I: Nonstop
Trivia: Airplane Movie Trivia
CinemaWAR: Which series should stop now, Terminator or Transformers?

Let’s face facts. The Academy gets it wrong QUITE often. They botch it, screw it up, kerfuffle, and take a mulligan. Especially when looking back years after the fact it is easy to see the glaring mistakes that make the word snub seem meaningless. Don’t get me wrong, we here at CinemaJaw LOVE LOVE LOVE the Oscars! It is our Super Bowl, our World Series. We just wish that maybe they would reflect of the lasting impression of a film and perhaps wait 5 years to name the winners. That is why this week, we are taking a look at the 81st Academy Awards, the awards given to the films of 2008, which took place in 2009. What did they get right, get wrong, and what films were overlooked completely? Joining us this week is comedian/filmmaker extraordinaire, Owen Weber. Owen Weber is a Detroit native who has spent the last eight years in Chicago performing live and creating comedy shorts . He has worked with nationally-touring comics like Chelsea Handler (E!’s Chelsea Lately), Greg Vaccarello (The Tonight Show with Jay Leno, The King of Queens), Steve Iott (A&E, Comedy Central) and Ben Creed (Comedy’s Dirtiest Dozen).  Owen can currently be seen doing standup and improv at a variety of venues across the Midwest. so, Owen journeys with us down this Oscar hole (that sounds dirty) with us and helps us second guess the Academy 5 years after the fact. 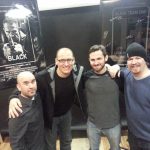 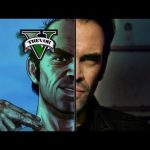