It’s been a banner year… or has it? This week on CinemaJaw Ry the Movie Guy and Matt K are joined by a fellow Chicago film critic. Although, truth be told, you can hardly throw a stone in this town (Chicago) without hitting a film critic in the noggin, few do it as well as Mr. David J. Fowlie of Keeping-it-Reel.com. While perhaps all you Jaw Heads are used to our ramblings, the long-form review is somewhat of a lost art. David and his partner in crime Paul bring discourse to their film fandom in splendidly old fashion style, and aren’t afraid to delve into the depths of a great review over at their site. That is why David was the perfect guest to cover: The Best Films of 2011 So-Far. These were not easy lists to make, for several reasons.

The usual CinemaTastic segments abound. We’ve got Guest vs. Matt K Trivia, Hollywood Headlines, I for an I, several reviews and plenty of great jaw! All that plus a BRAND NEW SEGMENT we are calling: CinemaWAR! in which Matt K and Ry the Movie Guy take opposing sides in a heated movie debate and the guest acts as judge deciding who won the debate! This episode is jam packed and comes out just in time for that July holiday flight/drive home! Enjoy.

I for an I: Horrible Bosses
Reviewed This Episode: Tree of Life, Cars 2, Green Lantern, Transformers 3
CinemaWAR!: Is John Cusack a good actor? 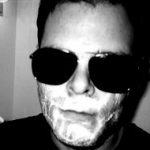