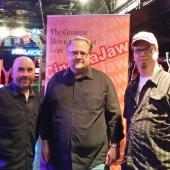 Update Required To play the media you will need to either update your browser to a recent version or update your Flash plugin.
By Matt Kubinski
Posted May 18, 2015
In episodes, Special Guests
CinemaJaw 237, Actors Who Have Reinvented Themselves w/guest Steve “Capone” Prokopy of AICN2015-05-182015-11-02http://cinemajaw.com/wordpress/wp-content/uploads/2015/10/300x300.jpgCinemaJawhttps://cinemajaw.com/wordpress/wp-content/uploads/2015/05/CaponeAICNCinemaJaw.jpg200px200px
1
0

Spring is the time for rebirth, and hay fever. Annually the “Summer” movie season kicks off with a glut of action and sci-fi films with vastly varying quality. A not-too-uncommon trend is seeing old mostly washed up stars reemerge to try something new.  That old action hero is suddenly crying in an indie picture, or (vice versa) yesterday’s favorite comedian is suddenly doing a horror film. Actors and actresses seem to take this opportunity to reinvent themselves. To break free of the egg shell their career has been, fairly or otherwise, stuffed into. Again results are mixed here. Some are quite successful and go on to have a much broader range in their acting arsenal. Others fail, and return tail tucked back to the genre from whence they came. This week on CinemaJaw we are taking a look at some who have made the transition both successfully and not-so-much, as  we examine Actors Who have Reinvented Themselves. Joining us is a man who early on reinvented himself (sort of) as a film critic back in the early days of the internet, over at Ain’t It Cool News, Mr. Steve “Capone” Prokopy. Ain’t It Cool News or simply AICN was a prototypical and early internet movie news site, and garnered lots of attention early on. That attention largely had Batman to thank. Steve has been there since nearly the beginning and continues on to this day with Harry Knowles. All you critics and would be critics who are wondering how to break into the industry will be very interested in Steve’s story. 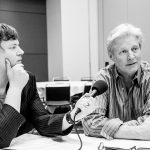