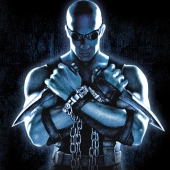 Update Required To play the media you will need to either update your browser to a recent version or update your Flash plugin.
By Matt Kubinski
Posted September 5, 2013
In episodes, Special Guests
CinemaJaw 162, Best Movie Antiheroes w/guest Rory Foster2013-09-052016-02-03http://cinemajaw.com/wordpress/wp-content/uploads/2015/10/300x300.jpgCinemaJawhttps://cinemajaw.com/wordpress/wp-content/uploads/2013/09/riddick-01.jpg200px200px
0
0

We ain’t talkin about the beer Antiheroes are by definition not the altruistic, morally straitlaced, brave souls that we know as pure heroes. These are the protagonists who skew the line between hero and villain.  They may act for good in all the wrong ways, or they may be selfish a-holes who act for their own self interest. Either way, they are the main characters whose charisma is such to capture our imaginations. In many stories being free of the shackles of moral expectations is what allows the antihero to be more interesting than their counterparts. That is why this week on CinemaJaw we delve through the film vaults to find our Top 5 Movie Antiheroes.

Joining us in this quixotic quest is a human being by the name of Rory Foster. Rory is the head of Digital for a media group called Emmis Communications, and many of you in the US will be familiar with their stations. Emmis was huge here in the Chicago market until just last year when they sold a few stations, but they remain a mainstay in Austin, New York and LA. Rory loves a good antihero (who doesn’t) and he generously lends himself to us for an hour to find the best.

There are many other great segments, as per usual. I for an I, Trivia, CinemaWAR and much more. So liten in to your favorite film critic antiheroes Matt K and Ry the Movie Guy… Or else!

CinemaWAR: Will Ben Affleck be a good Batman?
Trivia: Sci-fi film series movie trivia
I for an I: Riddick, Salinger 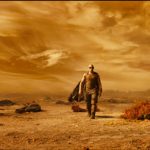 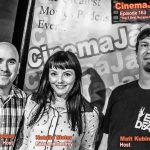