The rap group NWA made plenty of headlines in the late 80’s and went on to launch the careers of mega stars Dr. Dre and Ice Cube. Now 25 years later this bio-pic tells the story of how it all began. I really enjoyed Straight Outta Compton, but if they could have kept some of the themes presented in the 1st half of the film going throughout, it could have been something really special. Ry’s grade: 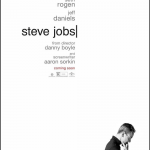