Steve Jobs: This film is anchored by three heavyweights in the industry. Director Danny Boyle, writer Aaron Sorkin, and master actor Michael Fassbender. The films amazingly showcases all 3 of their talents and by doing so is one hell of a great movie. Lets start with Fassbender…..although he may not look much like Steve jobs in the first two acts of the film he absolutely delivers as the Apple CEO. I also need to mention Seth Rogan who plays Steve Wozniak, who many would say is the brains behind the Apple computer. I applaud this film for not idolizing Steve Jobs, instead it gave us a great character study of a flawed man striving for perfection. 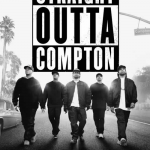 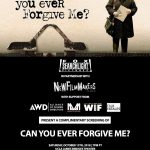 Can You Ever Forgive MeBiopic, Comedy, Crime, Drama