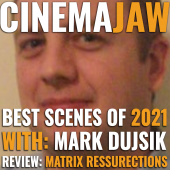 We’re not done with 2021 (in film) yet, not by a long shot. This week we are examining the best moments, the best scenes of the year. Even a dud of a movie can contain an amazing moment, and we try to dig a little deeper than just our Top 10 of the Year lists…

Joining us again is perhaps the most prolific film critic in the world, certainly in Chicago… Mark Dujsik. 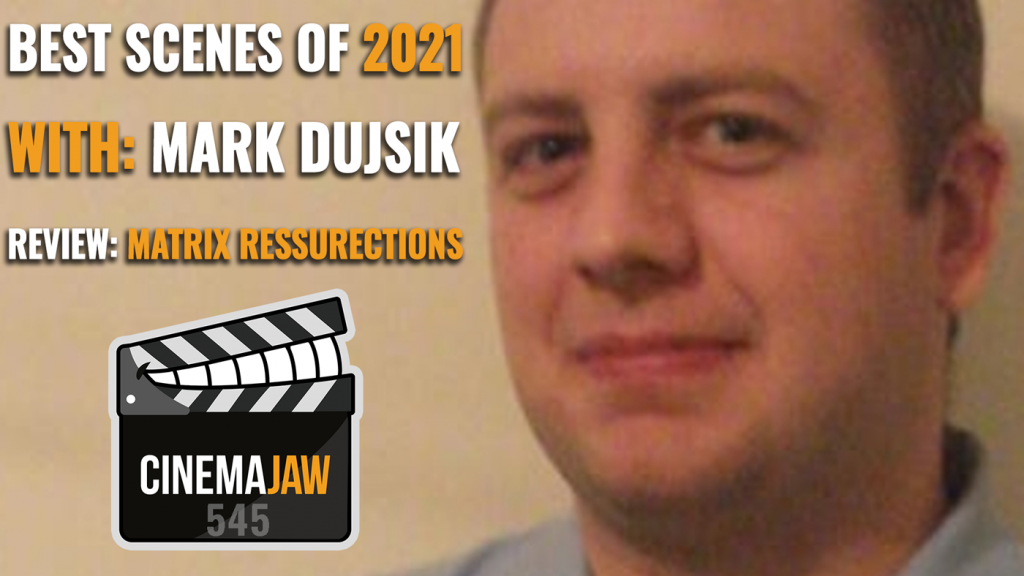 When he’s not reviewing movies, he’s watching movies to review. Seriously, Mark puts up some major numbers every year, he’s been writing about film since 2001. He is the sole writer, editor, and publisher of Mark Reviews Movies. Mark has also written reviews for various online publications, and currently contributes to Magill’s Cinema Annual. He has been a member of the Chicago Film Critics Association since 2006 and the Online Film Critics Society since 2002. You can follow him on Twitter at @markreviews.

So pop in the new earbuds you got for the Holidays, and relax. It’s time to Jaw about the Movies again! 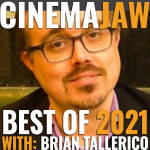 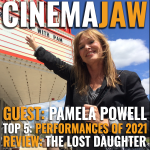