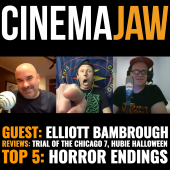 Update Required To play the media you will need to either update your browser to a recent version or update your Flash plugin.
By Matt Kubinski
Posted October 12, 2020
In CinemaJaw from Remote Locations!, episodes, Special Guests
CinemaJaw 489, Elliott Bambrough – Trial of the Chicago 7, Hubie Halloween, CIFF Preview – Top 5 Horror Endings2020-10-122020-10-12http://cinemajaw.com/wordpress/wp-content/uploads/2015/10/300x300.jpgCinemaJawhttps://cinemajaw.com/wordpress/wp-content/uploads/2020/10/489-featured-elliott-bambrough.png200px200px
0
0

Halloween is upon us. Even in these crazy times, perhaps even more so, people crave the escape and release that horror provides. We may not be able to go trick-or-treating, bobbing for apples, or tossing eggs at passersby this year, but damn it we can still watch some scary movies! Like any interesting bit of art, it’s often the thing that the artist leaves us with that defines the work. Will it linger? Will it effect us? Will it leave a scar? It all depends on the ending. This week on CinemaJaw we take a look at our Top 5 Horror Movie Endings. 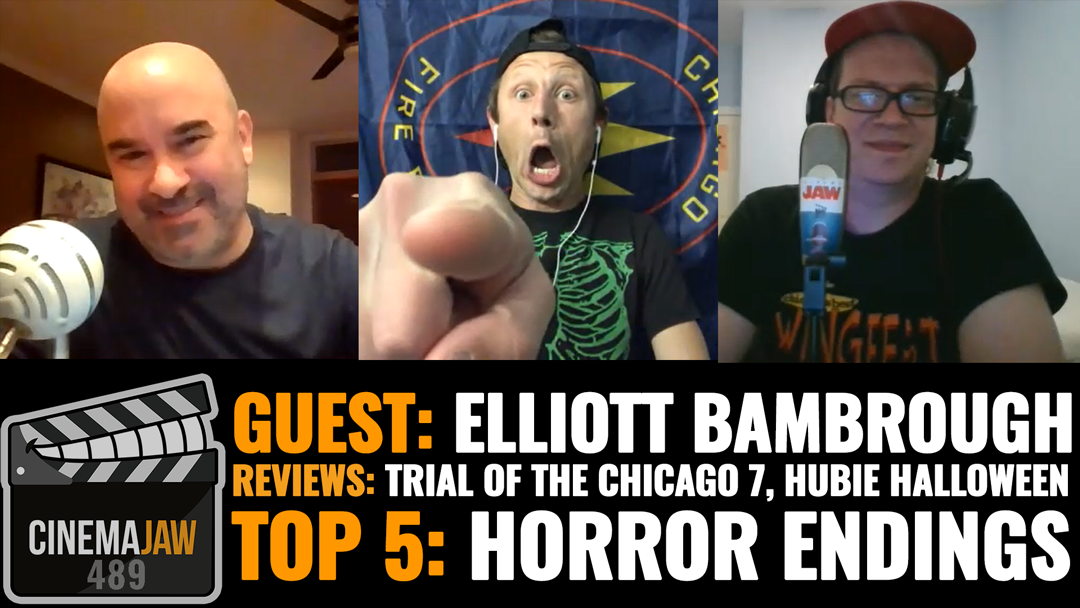 Joining us is a horror fanatic! 8 time Emmy Award-winning television host with the most, Elliott Bambrough returns! Elliott moved to Chicago from London in 2007, following his move over the pond, he has continued to expand his repertoire, by hosting countless projects including lifestyle, food, travel, music, movie review, satirical and game shows. In addition, he has appeared in and voiced numerous commercials, international projects, and various animated series.

Horror is something near and dear to Elliott’s heart, and we are pleased to give him an annual outlet.

So pop in those earbuds and cancel out the screams you hear… it’s only your imagination. 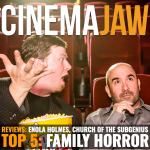 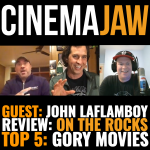