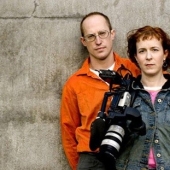 Update Required To play the media you will need to either update your browser to a recent version or update your Flash plugin.
By Matt Kubinski
Posted September 17, 2018
In episodes, Guests Via Skype
CinemaJaw 390, Suki Hawley – Revolution Movies2018-09-172018-09-16http://cinemajaw.com/wordpress/wp-content/uploads/2015/10/300x300.jpgCinemaJawhttps://cinemajaw.com/wordpress/wp-content/uploads/2018/09/suki-hawley.jpg200px200px
0
0

Reviewed this episode: The Predator, Mandy
I for an I (Interested or Ignore): The House With a Clock In Its Walls
Trivia: Clock Movie Trivia
Sponsored by: Backblaze

Lights… Camera… Revolution! There’s nothing like a good turn, to keep things fresh. Revolution can mean something violent and destructive, but just as often it is the rise of something creative and peaceful. One thing all revolutions have in common is that they are all fantastic fodder for film! This week on CinemaJaw we get radical as we cover our Top 5 Revolution Movies… and as you will see, we took some liberties with the definition. Frankly, why wouldn’t we?

I just want to add that potentially more than any other episode, this was a queue filler for me (Matt K.). Tons of great movie suggestions here, so bust out your notebook, you’ll want to write these down! Joining us (and completing the set of this terrific duo) is Suki Hawley. Filmmakers Suki Hawley and he partner Michael Galinsky have been collaborating for almost 20 years. Together, they released documentaries like Who Took Johnny, Battle for Brooklyn (short-listed for the Academy Award in 2012), All The Rage, plus a few others. The duo has a narrative film or two under their belts as well. Their latest film is called Working In Protest (thus our topic this week) spans 30 years of American protests caught on tape and on film by these documentarians. It is amazing how much light this time capsule of a film sheds.

Join the Revolution and listen to this CinemaJaw!

1776, Breaking Away, Bus 174, Cards Against Humanity, Chicago, CinemaJaw, CinemaJaw 390, Dr. Zhivago, Ghandi, Hunger, I am Cuba, Mandy, Matt Kubinski, Michael Galinsky, Movie Reviews, Movies, Out of the Blue, Over The Edge, Persepolis, Reviews, Revolution Movies, Revolution OS, Ry The Movie Guy, Suki Hawley, The Chicago 10, The House With a Clock In Its Walls, The Lives of Others, The Predator, They Live, V for Vendetta
Recommended Posts 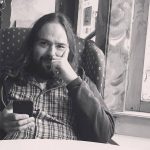 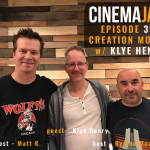