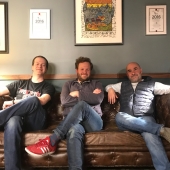 Update Required To play the media you will need to either update your browser to a recent version or update your Flash plugin.
By Matt Kubinski
Posted March 30, 2018
In episodes, Special Guests
CinemaJaw 366, Jack C. Newell – Best Kitchen Scenes2018-03-302018-03-30http://cinemajaw.com/wordpress/wp-content/uploads/2015/10/300x300.jpgCinemaJawhttps://cinemajaw.com/wordpress/wp-content/uploads/2018/03/jack-c-newell-cinemajaw.jpg200px200px
0
0 Joining us is a man who knows his way around a kitchen. Jack C. Newell is the director of a documentary film (now streaming) called 42 Grams, in which he follows an up and coming chef from running an underground “guest-araunt” out of his apartment to opening his own brick and mortar and going for some Michelin Stars. Jack’s camera practically photographs the aroma! This is a fine dining film that will leave you hungry for more!
So sit down, relax. We’ll be your server for the evening. On the menu? A great podcast!
Bon appétit!
Best Kitchen Scenes, Cards Against Humanity, Chicago, CinemaJaw, CinemaJaw 366, Isle of Dogs, Jack C. Newell, Matt Kubinski, Mix Amore, Movie Reviews, overcast, Ready Player One, Reviews, Ry The Movie Guy, Spielberg Movie Trivia
Recommended Posts 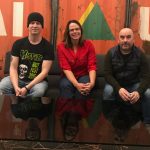