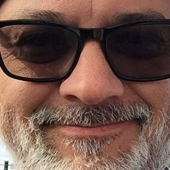 Reviewed this episode: Mute
(I for an I) Interested or Ignore: A Wrinkle in Time
Trivia: Wrinkle in time cast movie trivia
CinemaWAR: Which 80’s Sci-Fi classic holds up better: John Carpenter’s They Live or David Cronnenberg’s The Fly?
Sponsored by: Overcast

First – congratulations to all the nominees and winners at the 2018 Oscars!

Like the Oscars, anything that happens, again and again, week in week out, or every single day can begin to get old. We all crave excitement and adventure, or at least a little escape here and there. It’s not always so easy to come by. School, work, family commitments or a whole litany of circumstances can conspire to keep us firmly planted. Make us unable to progress. Keep us stuck… in a rut.

This week on CinemaJaw we take a look at our favorite films that feature characters who are in one way or another, stuck in a rut. Joining us is a filmmaker who made such a film. Javier Reyna has spent years adapting a local hit (if-you-will) of a novel by Richard Laskowski, called Regionrat into a film. The titular Regionrat, Ray, after six months in modern Seattle, broke and lonely, decides to return to the Region, his depressed hometown, to finish his High School senior year. Once at home he quickly reconnects with old friends, and old habits. The final result is a wonderful movie that belies the overwhelming odds, numerous cast attachments and unattachments, financing woes and other struggles that went into this indie 90’s stoner drama. These woes, trials, tribulations and (yes) ruts are explained in detail by Renya in his own miniseries podcast The Grimster – which you should also check out.

So get yourself off the couch and head to the gym, mow the lawn or do something new. Plug in your earbuds and let us guide you.

Get out of the rut, and listen to this CinemaJaw! 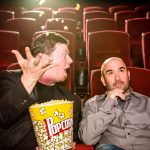 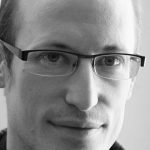