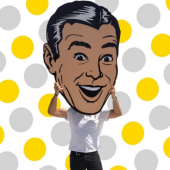 Update Required To play the media you will need to either update your browser to a recent version or update your Flash plugin.
By Matt Kubinski
Posted April 24, 2015
In episodes, Guests Via Skype, Special Guests
CinemaJaw 235, Best Nudity by Oscar Winners w/guest Mr. Skin2015-04-242015-11-02http://cinemajaw.com/wordpress/wp-content/uploads/2015/10/300x300.jpgCinemaJawhttps://cinemajaw.com/wordpress/wp-content/uploads/2015/04/MrSkin.png200px200px
0
0

Reviewed This Episode: The Water Diviner
Interested or Ignore: The Avengers: Age of Ultron
Trivia: Avengers Movie Trivia
CinemaWAR: Which Chris is luckier to be an Avenger  – Chris Evans or Chris Hemsworth
Sponsored by: MoviePass, C2E2, The Content Champion Podcast, The Pajama Shoppe, WompaStompaPodcast

This week on CinemaJaw Matt and Ry get naked, and talk to Mr. Skin!

If you’ve ever seen the Judd Apatow joint “Knocked Up” then you have heard of Mr. Skin. After an appearance on The Howard Stern Show in 2000, McBride became a regular guest, ultimately producing a “Mr. Skin Minute” that continues to air every Thursday as part of Stern’s Sirius Satellite Radio program. You can listen to him every other Wednesday at 9:40 am on The Rude Awakening Show on WOCM. Other radio shows that have featured Mr. Skin include Lex and Terry, Tom Leykis, The Adam Carolla Show, Loveline, Steve Dahl, Opie and Anthony, Kidd Chris, The Bob & Tom Show, The World Famous Frank Show, Todd and Tyler, The Regular Guys, The Jeff O’Neil Show, “The Free Beer and Hot Wings Show” and a weekly call in to the BS on Real Radio 104.1 in Orlando, Florida. He also appeared numerous times on the The Drew and Mike Show on WRIF radio in Detroit. Mr. Skin is on every Thursday on The Playboy Morning Show TV and Web Audio and video Streaming on Playboy TV. When we have such an expert. We try to dive deep into the expertise on hand, and Mr. Skin’s encyclopedic knowledge of nudity is second to none!

So sit back and relax, open up your robe, let it all hang out and enjoy… 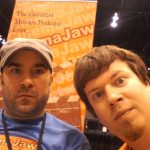 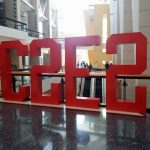