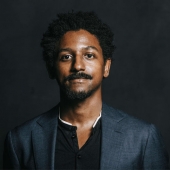 Update Required To play the media you will need to either update your browser to a recent version or update your Flash plugin.
By Matt Kubinski
Posted April 10, 2017
In CinemaJaw Firsts, episodes, Special Guests
CinemaJaw 320, Aymar Jean Christian – Social Movement Movies2017-04-102017-04-10http://cinemajaw.com/wordpress/wp-content/uploads/2015/10/300x300.jpgCinemaJawhttps://cinemajaw.com/wordpress/wp-content/uploads/2017/04/AJ-Christian-CinemaJaw.jpg200px200px
0
0

Reviewed this episode: Boss Baby, Ghost in the Shell
(I for an I) Interested or Ignore: F8 – Fate of the Furious
Trivia: Furious Cast Movie Trivia
CinemaWAR: Which Fast & Furious actor voiced the better Animated Character – The Rock as Maui or Vin Diesel as Groot?
Sponsored by: Know Your Company, K&N Airfilters, Midwest Game Nerds Podcast

Art reflects life. We have mentioned this many times as we have explored many genres of film over the years. This week is no exception. Social Movements and Social Issues are often tackled in the movies. Many times it is a documentary, but narrative films also can crystallize a movement or a moment in time. Join us as we explore some of our favorites. Joining us is a guest who is perhaps himself at the forefront of several issues. Aymar Jean “AJ” Christian is an assistant professor of communication studies at Northwestern University and a Fellow at the Peabody Media Center. Dr. Christian’s first book, Open TV: Innovation Beyond Hollywood and the Rise of Web Television on New York University Press, argues the web brought innovation to television by opening development to independent producers. His work has been published in numerous academic journals, including The International Journal of Communication, Cinema Journal, Continuum, and Transformative Works and Cultures. He leads Open TV (beta), a research project and platform for television by queer, trans and cis-women and artists of color. Open TV (beta) programming partners have included the Museum of Contemporary Art Chicago, Art Institute of Chicago, Block Museum of Art, and City of Chicago, along with numerous galleries, community organizations, and universities. He has juried television and video for the Peabody Awards, Gotham Awards, Streamy Awards, and Tribeca Film Festival, among others. His blog, Televisual, is an archive of over 500 posts chronicling the rise of the web TV market, and he has written regular reports on TV and new media for Indiewire, The Wall Street Journal, Slate, and Tubefilter. He received PhD from the University of Pennsylvania. 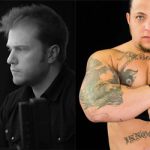 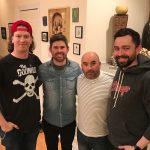