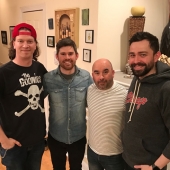 Update Required To play the media you will need to either update your browser to a recent version or update your Flash plugin.
By Matt Kubinski
Posted April 17, 2017
In episodes, Movie Club, Special Guests
CinemaJaw 321, Andrew Melzer – Escape Movies2017-04-172017-04-18http://cinemajaw.com/wordpress/wp-content/uploads/2015/10/300x300.jpgCinemaJawhttps://cinemajaw.com/wordpress/wp-content/uploads/2017/04/Andrew-Melzer-CinemaJaw.jpg200px200px
0
0

Reviewed this episode: Colonia, Colossal
(I for an I) Interested or Ignore: Freefire
Trivia: Fire Movie Trivia
CinemaWAR: With each new blockbuster trailer that comes out – such as Thor: Ragnarok, should we believe the Hype? – or are we just becoming the studio’s lemmings?
Sponsored by: Know Your Company, K&N Airfilters, Midwest Game Nerds Podcast

Escape! Sometimes we seek the darkness of the theater as an escape from our day to day drudgery. Sometimes when we do, the very story on the screen is one of escape. Characters who desperately need to get out of a place, situation or even state of mind. This week on CinemaJaw we tunnel through the walls of Escape Movies! Joining us is a guest who has made his own contributions to escapism, Andrew Melzer! Andrew is a writer and filmmaker who has been directing comedy shorts since he was 10. He has directed numerous short films and web series that have been featured in film festivals across the US and Canada. His sci-fi-comedy series Greg PRIME won R/webseries’ “Best Web-Series” award and was selected in the Youngcuts International FIlm Festivals Top 10 Grand PRIX. Andrew has also written and produced two animation pilots, most recently The Magic Hour for Nickelodeon. His Latest project, The Street Wizard’s Apprentice is available soon on Vimeo and is currently making the festival rounds. You’d do well to escape into his work!

Set up a papermache dummy in your bed and crawl through that sewage pipe… There’s freedom on the other side! Listen to it: 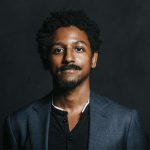 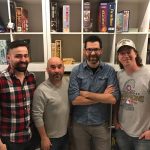