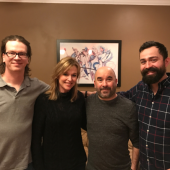 Update Required To play the media you will need to either update your browser to a recent version or update your Flash plugin.
By Matt Kubinski
Posted February 13, 2017
In episodes, Special Guests
CinemaJaw 313, Pam Powell – Movies Set in China2017-02-132017-02-13http://cinemajaw.com/wordpress/wp-content/uploads/2015/10/300x300.jpgCinemaJawhttps://cinemajaw.com/wordpress/wp-content/uploads/2017/02/PamelaPowellCinemaJaw.png200px200px
0
0

Reviewed this episode: John Wick Chapter 2
(I for an I) Interested or Ignore: The Great Wall
Trivia: Matt Damon Movie Trivia
CinemaWAR: Which retired actor would you rather see come back Gene Hackman or Joe Pesci?
Sponsored by: Cards Against Humanity, K&N Airfilters, Horror Movie Yearbook, Sip & Shine Podcast

Eastern culture can seem steeped in mysteries to a Western mind. China in particular, even (perhaps especially) in our modern times, with its Great Wall and Great Fire Wall and Red Curtain and Forbidden City, China has secrets it wishes to keep. The beautiful and ancient culture, the centuries of rich history, the wars and times of peace, even the pop culture… so many great movies! This week on CinemaJaw we head due east as we cover our Top 5 Films Set in China. Joining us is a fellow film critic. Pamela Powell has been reviewing films for various outlets for the past five years. Her website, reelhonestreviews.com, highlights both independent and mainstream films. She started in radio broadcasting giving reviews on talk radio as well as on her own show, The Reel Focus, on an NPR affiliated station. Pamela has also been writing for The Daily Journal in her weekly column, Reel Talk, for several years. Covering film festivals across North America including Toronto, Sundance, Tribeca, and others, Pamela delves into the independent film world with reviews and interviews with filmmakers of feature, short, and documentary films. She is also one of the founders of the CIFCC, and a delight to have as a guest! 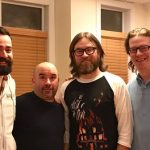 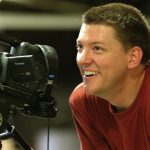