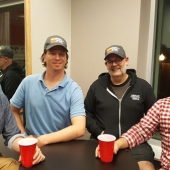 Update Required To play the media you will need to either update your browser to a recent version or update your Flash plugin.
By Matt Kubinski
Posted October 18, 2016
In episodes, Specials
CinemaJaw 299, Dave Canfield – Hidden Horror Gems2016-10-182016-10-18http://cinemajaw.com/wordpress/wp-content/uploads/2015/10/300x300.jpgCinemaJawhttps://cinemajaw.com/wordpress/wp-content/uploads/2016/10/Dave-Canfield-CinemaJaw.jpg200px200px
0
0

The world of horror has been cranking out films since film began. Often cheap (in terms of budget) and often viewed as slipshod productions, the horror genre is a bit of a red-headed step child to the industry. There are however moments of absolute genius, when the genre functions better than any other to affect us, and get to the core of what it is to be human. Because of all the noise, it can be hard to pluck these hidden gems of genius out of a myriad of sequels and low budget schlock that infests horror. Enter Dave Canfield. Canfield is a member of the Chicago Film Critics Association and a writer for the well respected Magill’s Cinema Annual. He has also been writing for the site ScreenAnarchy since the beginning. Dave is also well known by his friends and readers as a true horror aficionado and expert. Who better than he to help us delve into the deep dark recesses and pluck forth these hidden gems? 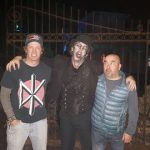 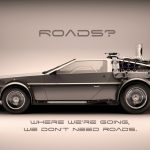