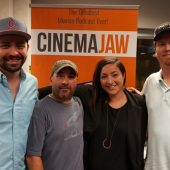 Update Required To play the media you will need to either update your browser to a recent version or update your Flash plugin.
By Matt Kubinski
Posted August 1, 2016
In episodes, Special Guests
CinemaJaw 288, Beckie Stocchetti of the Chicago Film Office – Best Female Villains2016-08-012016-08-01http://cinemajaw.com/wordpress/wp-content/uploads/2015/10/300x300.jpgCinemaJawhttps://cinemajaw.com/wordpress/wp-content/uploads/2016/08/Beckie-Stocchetti-CinemaJaw.png200px200px
0
0

Reviewed This Episode: Star Trek Beyond
(I for an I) Interested or Ignore: Suicide Squad
Trivia: Suicide Squad Cast Trivia
CinemaWAR: Is King Kong still relevant or has the great ape jumped the shark?
Sponsored by: Cards Against Humanity,  K & N Air Filters

With a lot of eyes on the upcoming performance of the fan-favorite character Harley Quinn by Margot Robbie, now is a perfect time to cover our favorite Female Villains! “Hell hath no fury” as they say. Girl power is girl power, whether the power is used for good or for ill. These are the women who use their power for ill. The despicable, the evil, the cruel… the villains! Joining us for this foray into the feminine dark side is a returning guest. When we first met Beckie Stocchetti she was heading up a grass roots film organization  called Chicago Filmmakers. On her second visit she was with the respected documentary house Kartemquin Films (Hoop Dreams, Life Itself, etc.). She is now the Cultural Affairs Coordinator at DCASE – Chicago Film Office where she is announcing the new Independent Film Initiative (IFI), a first-of-its-kind program from the Chicago Film Office, designed to attract, retain, promote and provide career-enhancing opportunities for local film industry professionals and media makers. The initiative will launch with a new filmmaker-in-residence program, production apprenticeship opportunities, and screenings of “ChicagoMade Shorts” at the weekly Millennium Park Summer Film Series. So Beckie is a full fledged government agent. Let’s hope she used her new powers for good 😉 (we know she will)! 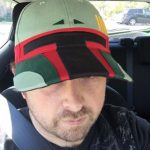