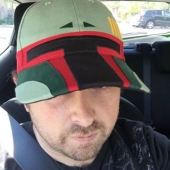 Update Required To play the media you will need to either update your browser to a recent version or update your Flash plugin.
By Matt Kubinski
Posted July 25, 2016
In episodes
CinemaJaw 287, David Hart of Pop Culture Case Study – Amnesia Movies2016-07-252016-07-25http://cinemajaw.com/wordpress/wp-content/uploads/2015/10/300x300.jpgCinemaJawhttps://cinemajaw.com/wordpress/wp-content/uploads/2016/07/dave-profile.jpg200px200px
0
0

Reviewed This Episode: Swiss Army Man
(I for an I) Interested or Ignore: Jason Bourne
CinemaWAR: Which psychology movie is better Analyze This or What About Bob?
Trivia: Matt Damon movie trivia
Sponsored by: Iron Galaxy,  K & N Air Filters

I had something great to write… but I forgot.

I joke, but amnesia is not laughing matter. It is however a convenient and common plot device in many of our favorite films. Creating a character such as Jason Bourne who can’t remember his past put the character and the audience on a level playing field, and that is only one way in which the device has been used. There seem to be many films with amnesia or memory loss in them… we can’t remember them all so we will need some help.

David Hart is the host of a podcast called Pop Culture Case Study. Each week he looks at the psychology behind an old film and a new film, breaking down the themes and head games at play. This week we sat down with David to look at our Top 5 Amnesia films, and you should remember to listen in! 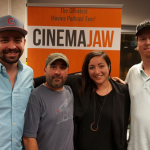