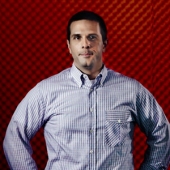 Reviewed This Episode: The VVitch, Freaks
Trivia: Tom Hanks Character’s Last Words
(I for an I) Interested or Ignore: Whiskey Tango Foxtrot
CinemaWAR: Which interesting film director should Stuff You Should Know cover first – David Lynch or Stanley Kubrick?
Sponsored by:  Cards Against Humanity, Dude Dancer (iOS or Android), C2E2

Things go missing all the time. Sometimes we are looking for our keys or eye glasses, only to find they are in our pocket or right on our face… Sometimes the mystery goes much deeper, and it’s a person who is missing. These mysteries can go on for decades and never be solved. It’s a good thing CinemaJaw isn’t missing because this week we are covering our favorite Missing Persons Movies. We are doing so in honor of a great guest, who recently released a podcast of his own covering a similar topic. We are very excited to be joined by Mr. Josh Clark of the very popular Stuff You Should Know podcast. SYSK (as it is often abbreviated) is an award-winning podcast and video series, consistently in iTunes Top 10 overall list, and published by the HowStuffWorks website. of course it’s hosted by Josh and his cohort Charles W. “Chuck” Bryant, who was also on CinemaJaw not too long ago.

So all you armchair detectives, sit back and relax, plug in those earbuds and solve the mystery of what picks will be on our lists… You found it. 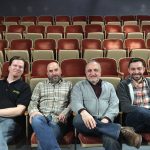 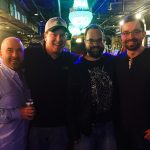