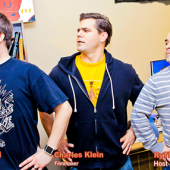 Update Required To play the media you will need to either update your browser to a recent version or update your Flash plugin.
By Matt Kubinski
Posted March 22, 2015
In episodes, Special Guests
CinemaJaw 230, Best Ben Stiller Scenes w/guest Charles Klein2015-03-222015-11-02http://cinemajaw.com/wordpress/wp-content/uploads/2015/10/300x300.jpgCinemaJawhttps://cinemajaw.com/wordpress/wp-content/uploads/2015/03/ChuckCinemajaw.png200px200px
0
0

This week we are joined by Mr. Charles Klein to , discuss his 20th and final Indie Incubator Film Fest and some Ben Stiller… After beginning his acting career with a play, Ben Stiller wrote several mockumentaries, and was offered his own show entitled The Ben Stiller Show, which he produced and hosted for its 13-episode run. He began acting in films; he made his directorial debut with Reality Bites. Throughout his career he has written, starred in, directed, and/or produced more than 50 films, including The Secret Life of Walter Mitty, Zoolander, There’s Something About Mary, Meet the Parents, DodgeBall, Tropic Thunder, the Madagascar series, Night at the Museum, and its sequels Night at the Museum: Battle of the Smithsonian and Night at the Museum: Secret of the Tomb. In addition, he has had multiple cameos in music videos, television shows, and films. Stiller is a member of the comedic acting brotherhood colloquially known as the Frat Pack. His films have grossed more than $2.6 billion in Canada and the United States, with an average of $79 million per film.[2] Throughout his career, he has received multiple awards and honors, including an Emmy Award, multiple MTV Movie Awards, and a Teen Choice Award.

So this week we are going in depth on Ben Stiller. 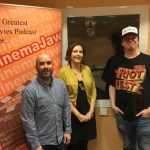 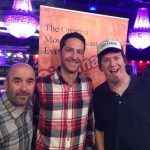