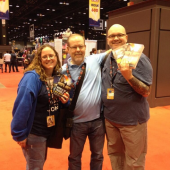 Update Required To play the media you will need to either update your browser to a recent version or update your Flash plugin.
By Matt Kubinski
Posted May 1, 2014
In CinemaJaw from Remote Locations!, CinemaJaw LIVE!, episodes, Specials
CinemaJaw 189, C2E2 Special! Featuring interviews with J. Anthony Kosar, Ashley DeJesus, Chuck Moore, and more!2014-05-012015-12-24http://cinemajaw.com/wordpress/wp-content/uploads/2015/10/300x300.jpgCinemaJawhttps://cinemajaw.com/wordpress/wp-content/uploads/2014/05/JawHeads.png200px200px
0
0

The Chicago Comic & Entertainment Expo – also known as C2E2 – is a convention spanning the latest and greatest from the worlds of comics, movies, television, toys, anime, manga and video games. Bringing the best of popular culture to Downtown Chicago, C2E2’s show floor is packed with hundreds of exhibitors, panels and autograph sessions giving fans a chance to interact with their favorite creators and screening rooms featuring sneak peeks at films and television shows months before they hit either the big or small screen!

This year marked C2E2’s FIFTH year here in , and CinemaJaw was on hand to meet fans, grab interviews and imbibe craft beers. We were treated to a SFX make-up discussion with winner of Face Off season 4 J. Anthony Kosar, a movies promotion talk with Ashley of Allied Integrated Marketing, and a comics, movies and podcast rap with Mr. Comic Related himself Chuck Moore. It was a wonderful time as always and we made a slew of new friends as well as visited with old friends! Plus, big shout out to Allison and William for traveling all the way from South Dakota to visit us at C2E2! We hope you enjoy! 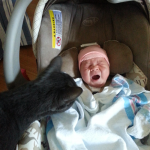 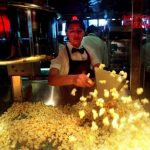