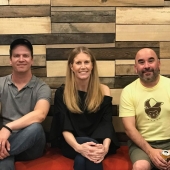 Update Required To play the media you will need to either update your browser to a recent version or update your Flash plugin.
By Matt Kubinski
Posted August 27, 2018
In episodes, Special Guests
CinemaJaw 387, Kristi Dunn Kucera – Wrongfully Accused Movies2018-08-272018-08-27http://cinemajaw.com/wordpress/wp-content/uploads/2015/10/300x300.jpgCinemaJawhttps://cinemajaw.com/wordpress/wp-content/uploads/2018/08/kristi-dunn-kucera-cinemajaw.jpg200px200px
0
0

Reviewed this episode: The Wife
I for an I (Interested or Ignore): Operation Finale
Trivia: Spouse Movie Trivia
Sponsored by: Backblaze

There are reasons that it happens. Political, racial, financial, or just a plain old mistake. Whatever the reason it’s never good. Wrongful accusations are the stuff of nightmares. To be sent to prison (or worse) for a crime one did not commit… shivers! There are plenty of movies about either side of this debacle, and this week on CinemaJaw we try to make sure justice is done properly as we choose our Top 5 Wrongfully Accused Movies. Joining us is a gal who, unfortunately, knows something about this topic. She also happens to be an awesome film publicist! Kristi Dunn Kucera has more than 25 years of experience in public relations, entertainment marketing, event planning and film production. She has worked for global PR firms including Ketchum Public Relations, Hill and Knowlton and PMK/BNC, and she has worked with and for Fortune 50 companies including Nike, Motorola and Wendy’s International. Most recently, she has used her skills to promote social justice and has worked on projects with the ACLU, The Brennan Center for Justice and the Human Rights Defense Center.

She is currently Executive Producer of three independent feature films. Rock War Peace is based on the true story of Johnny Brower, who co-founded the “Give Peace a Chance” movement with John Lennon. A Long Finish is a feature film inspired by the true story of two unfulfilled Seattle Techies who must overcome startling obstacles to find true happiness in life. And Trial of Lies is the true story of a sister — while searching for justice for her wrongfully imprisoned brother – serendipitously finds love while least expecting it.

It’s good to shine a light on these important topics! 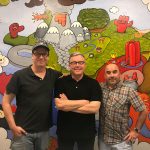