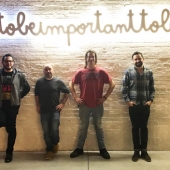 Update Required To play the media you will need to either update your browser to a recent version or update your Flash plugin.
By Matt Kubinski
Posted December 11, 2017
In episodes, Special Guests, Specials
CinemaJaw 352, Jon Espino – Best Star Wars Alien Races2017-12-112017-12-10http://cinemajaw.com/wordpress/wp-content/uploads/2015/10/300x300.jpgCinemaJawhttps://cinemajaw.com/wordpress/wp-content/uploads/2017/12/Jon-Espino-CinemaJaw.jpg200px200px
6
0

Reviewed this episode: Shape of Water, The Disaster Artist
(I for an I) Interested or Ignore: Star Wars the Last Jedi
Trivia: “Last” Movie Trivia
Sponsored by: Simplecast

That galaxy far far away is home to many an alien race. The cantina scene alone from Episode 4 shows us a myriad of strange and unusual looking creatures. This gives textures and layers of potential to the Star Wars universe. This week on CinemaJaw we take a dive into the Top 5 Alien Races of Star Wars. Joining us on the Jedi Island is fellow critic Jon Espino. Jon would say that as a writer, he is a self-proclaimed film snob and a pop culture junkie. Always gives his honest, critical, and maybe a little bit snarky opinion on everything. He’s very detail oriented and loves anything involving creativity and innovation. You’re better off asking him who his favorite director is rather than his favorite film. So beware and get ready to be entertained. You can follow him on twitter @DystopianHero.

Blasters at the ready… 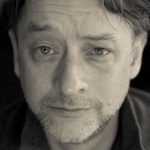 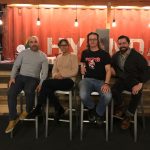