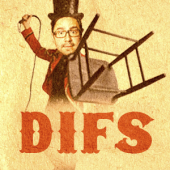 Reviewed this episode: American Assassin
(I for an I) Interested or Ignore:The Kingsman The Golden Circle
Trivia: Kingsman Cast movie trivia
CinemaWAR: Is George Clooney growing as a director or should he stick to acting?
Sponsored by: Cards Against Humanity

This week on CinemaJaw we throw away the script and just shoot from the hip, as we cover our top 5 Best Improvised Movie Scenes. Improvisation may be seen as lazy script writing or as a way for a director to give talented actors a chance to be creative. I think that is purely up to the viewer and totally subjective. Whatever your thoughts are on the subject some scenes stand out as most memorable and here are our picks. Joining us in a man who knows a thing or two about improv. Donny “Rad” Rodriguez, brother to Eliaz is a comedy writer and producer. He also happens to be creator of a hit comedy sketch show that saw a sold out run in Austin. Born and raised in Chicago, he co-founded the award-winning sketch group Wood Sugars in 2006. He finished third in Second City’s “So You Think You Can Funny” sketch comedy video competition (2009), won best Micro-Short Film at the Austin Comedy Short Film Festival (2015), his TV pilot ThickHeaded was a semi-finalist the Austin Revolution Film Festival (2017) and Time Out Magazine named two of his sketch comedy podcasts as the top five comedy podcasts in Chicago (2011). Donny has performed on WGN, his words have been featured on Bleacher Report, the Chicago Reader, AliceCooper.com, Uncle John’s Bathroom Reader, he taught sketch comedy at The New Movement (Austin) and is the head writer/producer of the circus-style sketch revue, the Disposable Income Freak Show which has played at Hell Yes Fest (NOLA) and is having a limited run at Donny’s Skybox at The Second City Fall of 2017. You all should buy tickets and go!

So sit back. No script. Make it up as you go… and listen up. 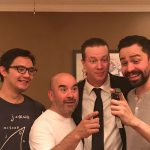 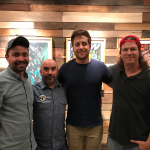