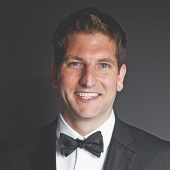 Update Required To play the media you will need to either update your browser to a recent version or update your Flash plugin.
By Matt Kubinski
Posted June 6, 2016
In episodes, Guests Via Skype
CinemaJaw 282, Matthew Sardo of Monkeys Fighting Robots – Best Dual Roles2016-06-062016-06-06http://cinemajaw.com/wordpress/wp-content/uploads/2015/10/300x300.jpgCinemaJawhttps://cinemajaw.com/wordpress/wp-content/uploads/2016/06/MattSardo.jpg200px200px
0
0

Reviewed This Episode: The Lobster, X-Men: Apocalypse, Teenage Mutant Ninja Turtles: Out of the Shadows
(I for an I) Interested or Ignore: Now You See Me 2: The Second Act
CinemaWAR: Which are better film subjects Monkeys or Robots?
Trivia: Jake Gyllenhaal / Mark Ruffalo Movie Trivia
Sponsored by: Cards Against Humanity, K & N Air Filters

Some talents are so bright that they cannot be contained by just one role, then again it could just be low budgets. This week on CinemaJaw we take a look at our favorite Dual Roles in cinema. Actors that portray more than one character in a film. Joining us is a man who seems to be in more than one place at once, Matthew Sardo. Never heard of Matt Sardo? For starters, he made the Kessel Run in less than 11 parsecs. Prior to that, he gave Doc Brown the idea for the flux capacitor and led the Resistance to victory over SkyNet – all while sipping a finely crafted IPA. His site and podcast Monkeys Fighting Robots covers the ABCs of Popculture (Anime, Beer, and Comics), and he has quietly been growing it into an empire! We are honored to be joined by Matt to discuss Dual Roles, Monkeys, Robots, The Comic Vault, Podcasting and much more. 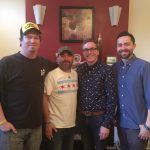 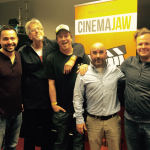