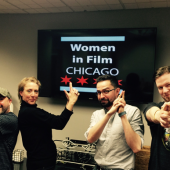 Update Required To play the media you will need to either update your browser to a recent version or update your Flash plugin.
By Matt Kubinski
Posted May 9, 2016
In episodes, Special Guests
CinemaJaw 279, Carrie Hunter of Women in Film – Best Films by Female Directors2016-05-092016-05-09http://cinemajaw.com/wordpress/wp-content/uploads/2015/10/300x300.jpgCinemaJawhttps://cinemajaw.com/wordpress/wp-content/uploads/2016/05/WomenInFilm-CinemaJaw.png200px200px
0
0

Reviewed This Episode: The Invitation
(I for an I) Interested or Ignore: Money Monster
CinemaWAR: Is Julia Roberts Overrated?
Trivia: Money Movie Trivia
Sponsored by: Jackbox Games, The 80/20 Movie Show

The film industry has for decades been known as a “man’s game”. We are happy to report that that is changing. Last year was a banner year for female leads, and not too long ago we crowned our first female Best Director. There is no doubt that even with these advancements, there is still a long way to go for Women in the industry. That is why this week we are honoring our Top 5 Female Directors. Joining us for the discussion is a woman who is at the front lines here in Chicago. Carrie Hunter is the President of Women In Film Chicago. For more than 30 years, Women in Film has been building a global community of film, television, advertising, digital and on-screen media professionals. With 6,800 members in the United States and 12,000 members internationally, Women in Film is the preeminent organization for the advancement of women in the industry.  The Chicago chapter of this dynamic and diverse organization is dedicated to promoting the professional and educational advancement of members, men and women alike, while contributing to the overall success of Chicago as a provider of high-caliber commercial, television, independent, and major film production. We applaud them!

Have yourselves a listen: 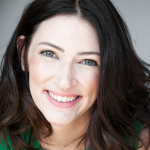 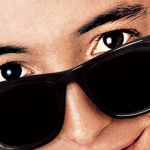