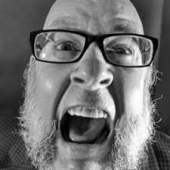 Update Required To play the media you will need to either update your browser to a recent version or update your Flash plugin.
By Matt Kubinski
Posted February 15, 2016
In episodes
CinemaJaw 268, Dave Canfield – Best Athletes in Film2016-02-152016-02-15http://cinemajaw.com/wordpress/wp-content/uploads/2015/10/300x300.jpgCinemaJawhttps://cinemajaw.com/wordpress/wp-content/uploads/2016/02/DaveCanfield2.jpg200px200px
1
0

Reviewed This Episode: Hail Caesar
Trivia: Runner Movie Trivia
(I for an I) Interested or Ignore: Race
CinemaWAR: Is Michael Moore Still Relevant or past his prime?
Sponsored by: Cards Against Humanity, Dude Dancer (iOS or Android), Sparkleberry Industries Beard Oil, InWordy

In honor of the new film Race which is coming out this weekend, we decided to take a look at our Favorite Athletes in Film. Joining us for this marathon is a most interesting fellow, Dave Canfield. Dave’s list of credits are as long as a marathon, and include being one of the first members of Twitch Film (the Internet’s premiere global cinema website), also an accredited critic with the Chicago Film Critics Association. Dave has also been a teacher, a preacher, horror aficionado, author, philanthropist, artists, and podcaster. His podcast can in fact be found on Twitch Film, and it’s called The Human Side.

So start off with a brisk walk, then break into a light jog, then turn it up to a full bore sprint and listen to this CinemaJaw! 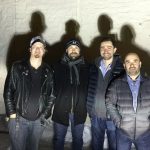 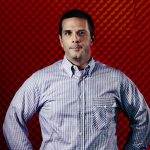