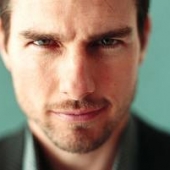 Update Required To play the media you will need to either update your browser to a recent version or update your Flash plugin.
By Matt Kubinski
Posted May 23, 2014
In episodes
CinemaJaw 193, Best Tom Cruise Scenes w/guest Mark Dujsik2014-05-232015-12-24http://cinemajaw.com/wordpress/wp-content/uploads/2015/10/300x300.jpgCinemaJawhttps://cinemajaw.com/wordpress/wp-content/uploads/2014/05/TomCruise.jpg200px200px
0
0

Reviewed This Episode: Blended, X-Men: Days of Future Past
I for an I: A Million Ways To Die in the West
Trivia: X Movie Trivia
CinemaWAR: Should Seth MacFarlane stay behind the camera or pursue and acting career?
Sponsored by: Castn.com and Sarantos Is Tom Cruise an American Treasure? That is the question this week on CinemaJaw as we reveal our Top 5 Favorite Tom Cruise Scenes.

Tom has had a successful acting career, and a tumultuous personal life. Several wives, a militant devotion to an unusual religion, questions about his sexuality, and bizarre interviews have made him enigmatic as a human being. Some would argue that this has hurt his career, and to be sure, he has made some duds, especially recently, but damn if this guy can’t ACT! Ranging from outright comedic roles to heavy emotional drama, to balls-to-the-wall action and sci-fi, Tom Cruise has done it all and done it all to major box office receipts! Will his personal transgressions eclipse his achievements in cinema? Time will tell. But this week we are choosing his best scenes and there are a lot to pick from!

We need a well centered man to accompany us into the secret world of Tom Cruise. Enter Mark Dujsik. Mark is an accredited film critic and has been a mainstay on Rotten Tomatoes pretty much since the website launched. He is a perfect man to keep his eyes wide shut and join us on this journey.

In addition to Tom Cruise, we hit all the usual segments. Its a jam packed ‘Jaw! Enjoy! 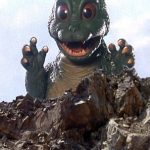 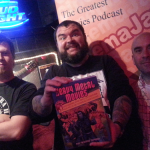