Trumbo: Bryan Cranston is phenomenal as legendary screenwriter Dalton Trumbo. This film is based on the true story of Dalton Trumbo’s black listing in Hollywood in the 50s. In the late 1940s he was considered the best screenwriter in town. He was also known as a communist. Now when I say communist, I do not mean he was some spy for the soviets. It was just the political party he believed in, much like believing in the republicans or democrats. However with the Cold War escalating congress feared that soviet spies or people with communist beliefs posed a threat to democracy. The entire cast is fantastic. John Goodman who plays the head of a B-movie studio still willing to work with Trumbo, Helen Mirren as gossip queen Hedda Hopper, and Louis CK as Arlen Hird. But it is Bryan Cranston’s movie from start to finish……this is his best Big Screen role to date and I would be happy to see his name listed come nomination time. 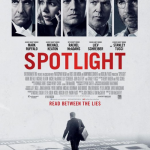 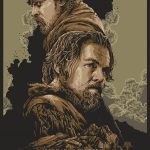 The RevenantBased on a True Story, Drama