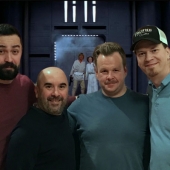 Update Required To play the media you will need to either update your browser to a recent version or update your Flash plugin.
By Matt Kubinski
Posted December 12, 2016
In CinemaJaw from Remote Locations!, episodes, Special Guests, Specials
CinemaJaw 305, Jack C. Newell – Movie Rogues – on Location at The Death Star2016-12-122016-12-12http://cinemajaw.com/wordpress/wp-content/uploads/2015/10/300x300.jpgCinemaJawhttps://cinemajaw.com/wordpress/wp-content/uploads/2016/12/DeathStar1.jpg200px200px
0
0
Reviewed This Episode: Jackie, Open Tables
(I for an I) Interested or Ignore: Rogue One – A Star Wars Story
Trivia: Beauty Movie Trivia
CinemaWAR: Which droid is now the fan favorite BB8 or R2D2?
Sponsored by: Jackbox Games, K&N Airfilters
A Long Time Ago. In A Galaxy Far Far Away…
Ok well not that long ago actually, but we did record this week on the Empire’s shiny new space station, The Death Star! Hows that for a cool location? Of course we are here in honor of Rouge One hitting theaters this weekend. Since we are on the Death Star  and the Star Wars universe is famous for its rogues, we decided we would pop up our hoods, shake up our moral compass, and charm the pants off of our Top 5 Movie Rogues. Joining us is a man whose efforts in public art could also classify him as a rogue, Jack Newell. Jack is a filmmaker, documentarian, and teacher at the Second City Harold Ramis Film School (which we discussed at length last time he was on with founder Trevor Albert). His feature comedy film Open Tables has just finished it’s festival run and is now available on your favorite digital services.  We follow Jack through his career as it led him from underground restaurants in Chicago’s Uptown, to the impoverished streets of Haiti via Colorado and NPR. It’s a fascinating journey we think you’ll enjoy!
So sit back and relax. This battle-station of a podcast is fully operational. No Bothans were harmed in the making of this episode:
Beauty Movie Trivia, Chicago, CinemaJaw, CinemaJaw 305, Eliaz Rodriguez, Jack C. Newell, Jackbox Games, Jackie, K&N Airfilters, Matt Kubinski, Movie Reviews, Movie Rogues, Movies, Night Life, on Location at The Death Star, Open Tables, Reviews, Rogue One - A Star Wars Story, Ry The Movie Guy, Which droid is now the fan favorite BB8 or R2D2?
Recommended Posts 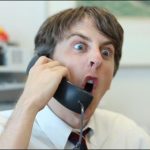 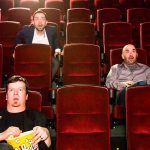