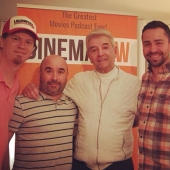 Update Required To play the media you will need to either update your browser to a recent version or update your Flash plugin.
By Matt Kubinski
Posted September 19, 2016
In CinemaJaw from Remote Locations!, Decades, episodes, Special Guests, Specials
CinemaJaw 295, Tom Dreesen – 60’s Movies2016-09-192016-09-19http://cinemajaw.com/wordpress/wp-content/uploads/2015/10/300x300.jpgCinemaJawhttps://cinemajaw.com/wordpress/wp-content/uploads/2016/09/Tom-Dreesen-CinemaJaw.jpg200px200px
0
0

Welcome to the first of our Decade Series! Beginning with the 1960’s we will take a look at each Decade in Film and choose our favorites.

The 60’s were a volatile decade marked by amazing human triumphs and defeats, and I am only talking about America. Art reflects the time, and film from the 60’s reflects that times… they were a changin’. It was a great decade for film, one that saw several masters of the craft at work. Buttoned up thrillers gave way to more extreme horror and crime films became way more violent and realistic. The film of the 60’s perfectly paved the road for what would come next… Speaking of Masters of the Craft. We need a guest who knows his stuff. Tom Dreesen is a legendary comedian who has made over 500 appearances on national television doing stand-up comedy, including more than 60 appearances on “The Tonight Show with David Letterman”. He was a favorite guest of Letterman’s and frequently hosted the show in Letterman’s absence. For 13 years Dreesen toured cross country and opened for Frank Sinatra, and Dreesen appeared countless times in Las Vegas, Tahoe, Reno, and Atlantic City with artists such as Smokey Robinson, Liza Minnelli, Natalie Cole, and Sammy Davis, Jr. Dreesen has acted in numerous television shows – from “Columbo” to “Murder She Wrote” – and appeared in motion pictures including “Man on the Moon” and “Spaceballs”. He has recorded comedy albums, starred in his own TV comedy special, “Dreesen Street”, and hosted a late night talk show in Chicago, “Night Time Starring Tom Dreesen”. Plus the guy is one heck of a story teller!

If you are in the area don’t miss the chance to see him performing his One Man Show Freedom Hall Park Forest on Saturday, September 24th. You can get tickets here.

Special thanks to Tom for being a great guest and for hosting our interview in his suite. It was a real treat. Thank you Tom. 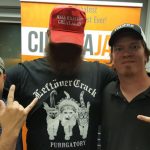 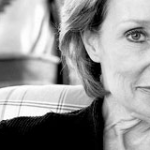