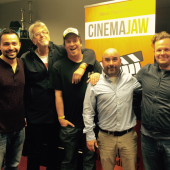 Update Required To play the media you will need to either update your browser to a recent version or update your Flash plugin.
By Matt Kubinski
Posted June 13, 2016
In episodes, Multiple Guests, Special Guests
CinemaJaw 283, Trevor Albert & Jack Newell of Second City’s Harold Ramis Film School – Best Spin Off Films2016-06-132016-06-13http://cinemajaw.com/wordpress/wp-content/uploads/2015/10/300x300.jpgCinemaJawhttps://cinemajaw.com/wordpress/wp-content/uploads/2016/06/Trevor-Albert-Jack-Newell-Harold-Ramis-Film-School-CinemaJaw.png200px200px
0
0

Reviewed This Episode: The Conjuring 2
(I for an I) Interested or Ignore: Finding Dory
CinemaWAR: Are the Rogue One reports puff pieces or cause for concern
Trivia: Fish Movie Trivia
Sponsored by: Iron Galaxy, K & N Air Filters

There were no film schools devoted to the form of comedy… until now. Trevor Albert & Jack Newell are two key members of the development team at the Second City’s new Harold Ramis Film School. In the spirit of Harold Ramis, the program encourages students to work from the top of their intelligence, immerses them in comedy training, film history, writing and film production classes to give them the context in which to create. We are lucky to have such a resource as these two are helping to create, and doubly lucky that it is in our backyard, Chicago. Jack is a writer/producer/actor/director of award-winning films that have screened across the United States and abroad, including the Montreal World Film Festival, Chicago International Film Festival, Cannes Film Festival Short Film Corner, just to name a few. While, Trevor worked closely with Harold Ramis on Caddyshack, National Lampoon’s Vacation, Club Paradise with Robin Williams and Peter O’Toole, Groundhog Day, Multiplicity and many other films. His most recent and perhaps proudest production is the Academy Award® nominated documentary,Glen Campbell: I’ll Be Me, which follows the iconic musician Campbell on his unprecedented tour across America, after being diagnosed with Alzheimer’s disease. So needless to say these guys know what they are doing! 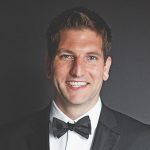 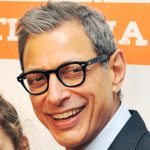