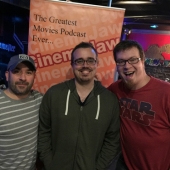 Update Required To play the media you will need to either update your browser to a recent version or update your Flash plugin.
By Matt Kubinski
Posted January 13, 2015
In episodes, Specials
CinemaJaw 221, Best of 2014 w/guest Brian Tallerico2015-01-132015-10-30http://cinemajaw.com/wordpress/wp-content/uploads/2015/10/300x300.jpgCinemaJawhttps://cinemajaw.com/wordpress/wp-content/uploads/2015/01/BrianTallericoCinemaJaw.jpg200px200px
1
0

Reviewed This Episode: Inherent Vice
Trivia: Bradley Cooper / Clint Eastwood Movie Trivia
Interested or Ignore: What film are you most excited for in 2015 (Besides Star Wars and Avengers)?
CinemaWAR: Which film is the most anticipated of 2015 Star Wars or Avengers?
Sponsored by: Onscribe, Ken’s Anglers,premierboxbreaks.com, Errase My Boss

Another year is in the books. Should Old Acquaintance be forgot,and never thought upon, and all that jazz. I have to say, from our perch here at CinemaJaw, 2014 was one helluva year at the movies!

Here to help us out with a Very Special Episode, in which we will countdown our Top 10 of 2014, is Brian Tallerico! You may have heard Brian covering TV on WGN Radio saturday mornings, or you may be familiar with his work as the Managing Editor over at Roger Ebert Dot Com, or perhaps you may recognize his name as the Vice President of the Chicago Film Critics Association, then again you just may know him from his previous appearances on good ol’ CinemaJaw! However you know Brian Tallerico, just know that he is one of the best voices in film criticism in this or any other city, and a damn cool guy to boot. So goodbye 2014, hello 2015! We hope you enjoy this (slightly longer than usual) CinemaJaw. Here’s to a great new year! 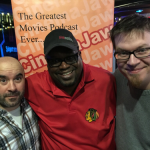 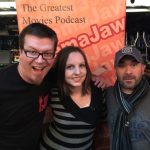