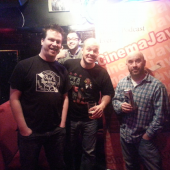 Update Required To play the media you will need to either update your browser to a recent version or update your Flash plugin.
By Matt Kubinski
Posted March 28, 2014
In episodes, Specials
CinemaJaw 186, Star Wars Special part 3 w/guest Cris Macht2014-03-282016-01-05http://cinemajaw.com/wordpress/wp-content/uploads/2015/10/300x300.jpgCinemaJawhttps://cinemajaw.com/wordpress/wp-content/uploads/2014/03/CrisMachtCinemaJaw.png200px200px
0
0

Reviewed This Episode: The Muppets Most Wanted, 20 Feet From Stardom
I for an I: Captain America: Winter Soldier
Trivia: Jennifer Connelly/Russell Crowe Movie Trivia
CinemaWAR: should the Walking Dead make a movie or stick to TV?

Whether you use a blaster, thermal detonators, or a more elegant weapon you’ve kicked some ass on the outer rim. Perhaps you had a wookie sidekick and barely made that jump to hyperspace with an imperial star destroyer hot on your tail. Did you make the Kessel run in less than 12 parsecs? If any of the above doesn’t ring a bell then feel free to skip this episode of CinemaJaw because we are going to a galaxy far far away… that’s right its time once again for The CinemaJaw Star Wars Special. Part 3! This time out we stick to the prequels as we go round Beggars Canyon and divulge our Top 5 Scenes from the Star Wars Prequels. Returning as he does for all our Star Wars specials is documentarian filmmaker and wookiepedia like expert Cris Macht. Cris now has two Star Wars documentaries under his belt and is turning his special brand of fandom exploration toward the world of The Walking Dead with his latest film The Walkers Among Us. We highly encourage you to support his Kickstarter!

In addition to all that, we have the usual antics. Lightsabers flash as we duel on trivia and CinemaWAR. May the Force be with you.

Also JawHeads, just a reminder that we will be at C2E2 this April 25-27. We will be giving away posters designed by our own Eliaz Rodriguez. Take a gander: This Episode Is Sponsored By: Lipa.dk 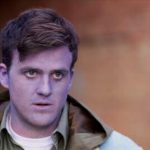