Thinking ahead to the movies coming out soon, it’s rather amazing to see the volume of films that are not particularly catching in spite of their great reviews. Maybe comedies just are not as appealing anymore, and perhaps the Fast and Furious series should have ended a long time ago, but many of these upcoming movies promise to be a hit among the general population. It’s interesting to wonder what makes them a bad choice for some of us, and why they don’t exactly fit our cinema palette. The best answer I’ve come up with so far is also the simplest—setting. Let’s be honest, drama that happens to more people is more exciting, and the setting has a huge impact on our first impressions of a movie. While Pacific Rim might have been a typical cheesy action movie with a very predictable plot and average (at best) characters, it was still a fairly entertaining movie simply because of giant robots fighting giant aliens across the entire planet. The bigger the better, after all, and this movie has us viewing gigantic MMA off of coasts, inside metropolitan cities, and even at the bottom of the ocean. And while we’re thinking about how a simply grand setting can really tell a story, let’s consider some of the biggest hits of the past.

Obviously we have to think of comic book characters, who continue to make the best movies of all time every time they visit the big screen. And, of course, more often than not these heroes are tasked with saving “the world,” or in some cases just a very big city. Batman’s very own Gotham City, which looks suspiciously similar to London and Chicago at times, is meant to be one of the largest cities in the world. Mentions of a land outside of Gotham are rare, and it gives the impression that these islands are the entire world, which gives Batman the ability to appear to be a world savior like Superman without the ability to fly. Of course, Superman himself might be a better example, as he does repeatedly save the globe and travels to other planets as well.

Space is a pretty big setting, after all, and it is a focal point of modern science fiction. With hit franchises Star Trek and Star Wars causing one of the biggest fandom arguments of all time, and even recent movies such as Gravity making big debuts, space is definitely a popular place to host a movie. In the end, space is pretty much just the next step above oceans, which are terrifying objects in their own right due to their seemingly-infinite vastness and depth. There is no shortage of hits set in the ocean, either. With top sellers like Titanic, the Pirates of the Caribbean series, and even Finding Nemo covering quite a lot of ground (water?) by the end of the movie, it is no surprise to see these settings as key features of big hits. To sell big it seems you have to think big.

Big doesn’t necessarily need to mean size, either, and there have been plenty of hits that take a different spin on “larger than life.” There are a slew of great mafia and/or casino movies (often the same thing) that are centered on big spending, rather than big environments. These are a guilty pleasure that most people share, because there is nothing like watching Tommy DeVito live life to the fullest before getting whacked, or watching a gang of criminal masterminds try to rob a casino. It is entertaining to live vicariously through the high-life shown on screen, and these movies spare no expense in filming at the fanciest resort casinos. That includes a place like the Borgata in Atlantic City, N.J., which is the home of the World Poker Tour’s World Championship. With these movies comes a picture about the richest parts of social life, and it doesn’t hurt that mafia, casinos, and crime almost always go together.

Thinking about this just makes upcoming movies seem…too small in comparison. It is not surprising that they aren’t as exciting—what compares to drama that impacts the whole world, and beyond? Or crime that involves enough money for us to live comfortably for the rest of our lives, as well as eight thousand of our closest family members? Hopefully movies like the Godzilla remake in May or the next Transformers will be big enough to impress. And hey, if the movie itself isn’t that great, at least there should be no shortage of explosions to enjoy. 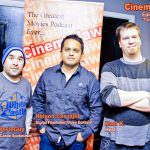 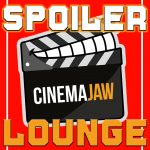