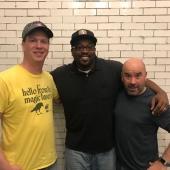 Update Required To play the media you will need to either update your browser to a recent version or update your Flash plugin.
By Matt Kubinski
Posted June 25, 2018
In episodes, Special Guests
CinemaJaw 378, Emmanuel Noisette – Best Border Movies2018-06-252018-06-25http://cinemajaw.com/wordpress/wp-content/uploads/2015/10/300x300.jpgCinemaJawhttps://cinemajaw.com/wordpress/wp-content/uploads/2018/06/emannuel-noisette-cinemajaw.jpg200px200px
0
0

Reviewed this episode: Jurassic World Fallen Kingdom
Interested or Ignore (I for an I): Sicario Day of the Soldado
Trivia: Brolin/Del Toro Movie Trivia
CinemaWAR: Is Chris Pratt’s 15 minutes outside the MCU nearly up?
Sponsored by: Overcast Joining us is a fellow critic, the author and creator of EmansMovieReviews.com, and one of the directors of our beloved Chicago Independent Film Critic’s Circle, Emmanuel “Eman” Noisette! You can find his written reviews and articles on other publications such as TheMovieBlog.com and Geeks World Wide. He’s accumulated almost 70K social media followers online, and you’re definitely encouraged to subscribe to his YouTube Channel and follow his Facebook Fan Page . About time we had Eman on the show!

Special note: Junior JawHead, and kid correspondent, Parker “Pitchman” Kubinski was also in the house. SHOUT OUT to Parker! 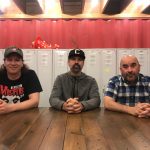 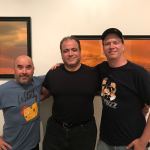