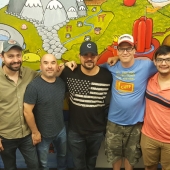 Update Required To play the media you will need to either update your browser to a recent version or update your Flash plugin.
By Matt Kubinski
Posted August 10, 2017
In episodes, Special Guests
CinemaJaw 335, Charles Klein – Best Soundtracks of the 21st Century2017-08-102017-08-10http://cinemajaw.com/wordpress/wp-content/uploads/2015/10/300x300.jpgCinemaJawhttps://cinemajaw.com/wordpress/wp-content/uploads/2017/08/CharlesKleinCinemaJaw.jpg200px200px
0
0

Reviewed this episode: Atomic Blonde
(I for an I) Interested or Ignore: Good Time
CinemaWAR: A24 has not missed yet, but Robbert Pattenson? has his post Twilight work given you hope that he can sparkle, or will this performance be bloodless?
Trivia: Dark Movie Trivia
Sponsored by: Cards Against Humanity

Even before sound was added, film was projected with music. Live musicians in the “pit” would play along to the silent era movies and thus soundtracks are one of the earliest considerations of the artform. Music, soundtracks (not to be confused with score), can set a mood, describe an era, and transport you to locations. They can live an breathe just as vibrantly as any character in the story. When done well the music selections for movies which we call the soundtrack can become an indelible time capsule that connects to the film as intricately as synapses in a brain. This week on CinemaJaw we take a look at the recent trend of awesome soundtracks, as we delve into The Best Sountracks of the 21st Century. Joining us is a freind, a filmmaker and our first ever guest. Mr. Charles Klein has been on CinemaJaw more than any other guest, and that is because he is the common thread between Matt and Ry. He is also heavily involved in film, and will be kicking of his own Documentary Film Festival very soon. He also as great taste in music, and is perfect for this week’s discussion. Do yourself a favor and check out all of his work at the link above, and have a looksee at his improv short Unicorn to get a taste for his style:

UNICORN from Charles Klein on Vimeo. 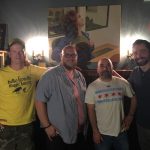 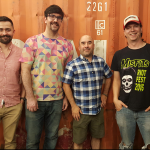