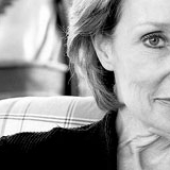 Update Required To play the media you will need to either update your browser to a recent version or update your Flash plugin.
By Matt Kubinski
Posted September 26, 2016
In episodes, Guests Via Skype
CinemaJaw 296, Maria Finitzo – Best Tim Burton Scenes2016-09-262016-09-26http://cinemajaw.com/wordpress/wp-content/uploads/2015/10/300x300.jpgCinemaJawhttps://cinemajaw.com/wordpress/wp-content/uploads/2016/09/Maria.png200px200px
0
0

Tim Burton is a juggernaut of style and mood. His films may not have always connected but they have more often than not. What they HAVE always done is remain consistent to his distinct style and voice which has been described as dark, quirky, off-beat and strange. We tend to agree with those assertions. That is why this week we are taking a look at our Top 5 Tim Burton Scenes.

Joining us is a tremendous filmmaker.  Maria Finitzo is a two-time Peabody Award-winning documentary filmmaker whose 26 years active has resulted in a body of work that has won every major broadcast award and has been screened in festivals and theaters around the world. Finitzo’s films have tackled a variety of subjects, each film demonstrating a depth and breadth of knowledge and expertise. She is a long time associate of the award-winning documentary company, Kartemquin Films, one of the oldest and most respected social issue documentary film companies in the country. Finitzo is also a screenwriter and fiction film director.

Her first feature, Those Left Behind, (which we were lucky enough to catch an early screening of) from her original screenplay has just completed production. Her interest in fiction filmmaking is a natural evolution of her commitment to exploring different realms of storytelling. Finitzo is currently developing The Dilemma of Desire, a documentary that will look at the complex nature of female sexual desire. Also in development is The Passion of Grace, an adaptation of the award-winning story Passion by the Nobel Prize award-winning author, Alice Munro. We here at CinemaJaw are big fans of Maria! Do yourself a favor and seek out Maria’s work. You will not be disappointed! Meanwhile – please enjoy this episode of CinemaJaw!! 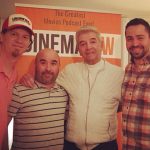 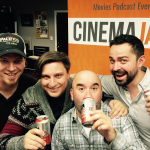