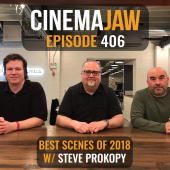 Update Required To play the media you will need to either update your browser to a recent version or update your Flash plugin.
By Matt Kubinski
Posted January 21, 2019
In episodes, Special Guests, Specials
CinemaJaw 406, Steve Prokopy – Best Scenes of 20182019-01-212019-01-20http://cinemajaw.com/wordpress/wp-content/uploads/2015/10/300x300.jpgCinemaJawhttps://cinemajaw.com/wordpress/wp-content/uploads/2019/01/steve-prokopy-cinemajaw.png200px200px
0
0
Reviewed this episode: Glass, Destroyer
Interested or Ignore: The Kid Who Would Be King
Trivia: “Night” Movie Trivia
Sponsored by: Safehouse Chicago
This week, we conclude our four-part epic journey down Recent Memory Lane, as we tackle our picks for Bests Scenes of 2018. As stated in the previous three posts, 2018 was a banner year in film. Truly one for the books. There were so many good movies, I hope that it proves to be a trend! 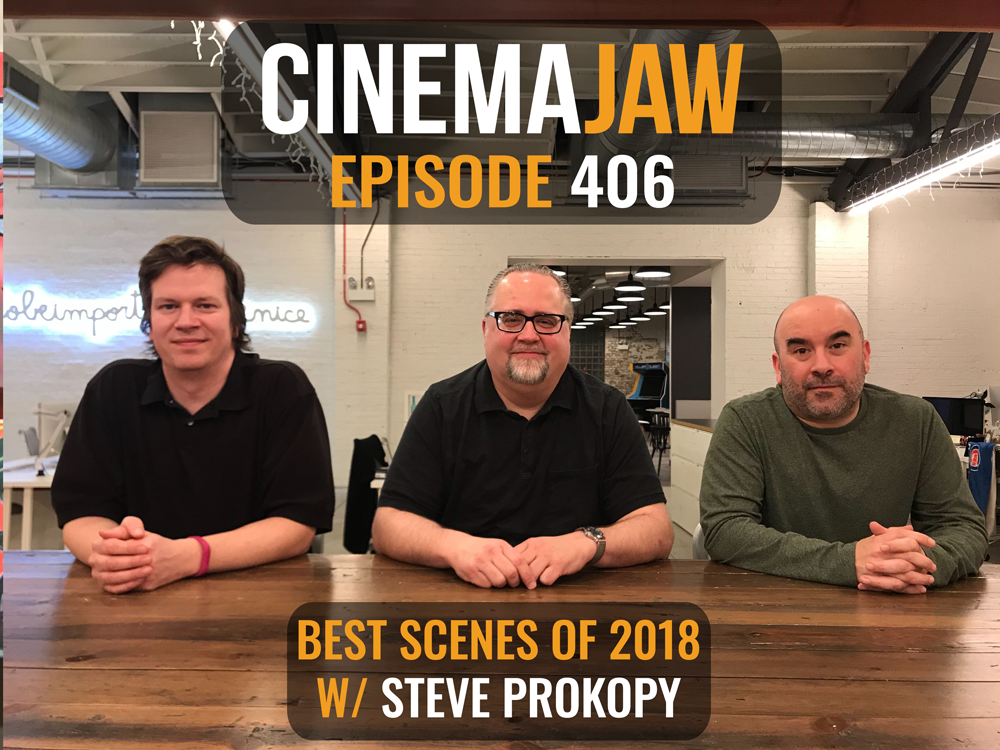 Joining us on the final leg of this odyssey. Is returning guest, and fellow film critic Steve Prokopy. Steve is Chief Film Critic for the Chicago-based arts outlet
Third Coast Review. You may remember him as the Chicago editor for Ain’t It Cool News, where he contributed film reviews and filmmaker/actor interviews under the name “Capone” for nearly 20 years. He’s also a regular contributor at /Film (SlashFilm.com), Backstory Magazine, and the Music Box Theatre website. No to mention a card-carrying member of the Chicago Film Critics Association. Steve’s a busy guy! Also, the perfect guy to tie the bow with us on 2018.
So that’s a wrap on 2018… Should old acquaintance be forgot and all that jazz. At least until Oscars time.
Here’s to 2018, I hope 2019 in film is half as good!
Cheers! 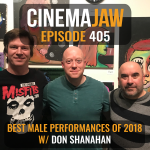 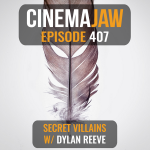